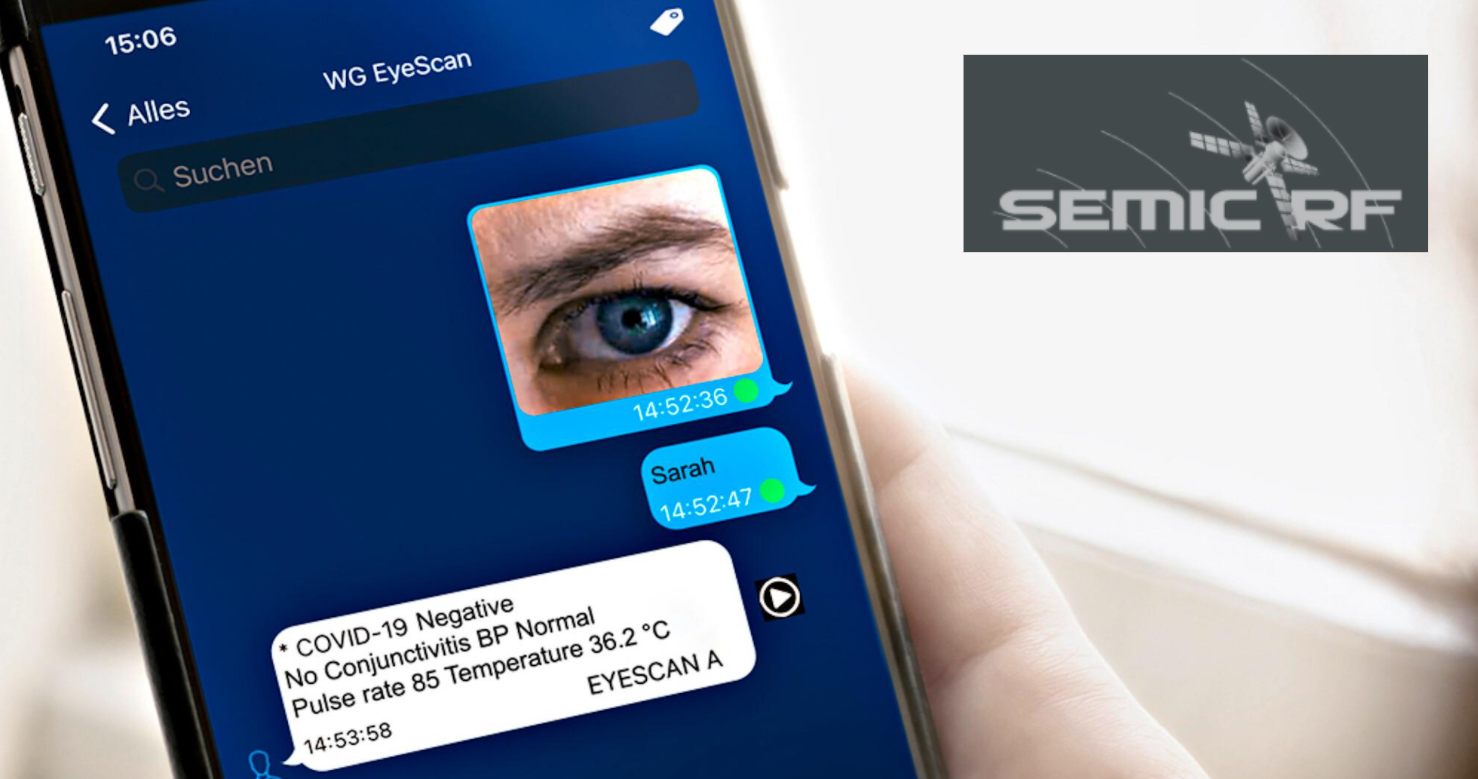 SEMIC RF Electronic GmbH, a Taufkirchen, Germany-based company, has developed a new method for COVID-19 testing: an eye scanning app that it claims takes just three minutes to identify carriers of the virus with over 95% accuracy.

The app, called SEMIC EyeScan, uses a photo of the eye taken with a smartphone to identify the virus by spotting conjunctivitis (pink eye), a symptom of SARS-CoV-2, the virus strain that causes COVID-19.

It also reads an individual’s blood pressure and temperature, in addition to determining if someone may have previously been infected with COVID-19, according to SEMIC RF.

The results can then be stored on smartphones, tablets or computers as a QR code and sent to health authorities, test centers and hospitals, if the user chooses to do so. SEMIC RF added that the app can geotrace to assist with contact tracing.

EyeScan’s “results are available faster than with previous methods and are more reliable. In addition, the digital diagnostic procedure is very ecofriendly and no extensive training of the staff is necessary – individuals could even self-test from the convenience of their home,” SEMIC RF said.

The company’s managing director Wolfgang Gruber told Reuters that EyeScan has been tested on over 70,000 individuals and can process up to a million scans per second.

Gruber also said that the app has the option to expand that scanning capacity further, which would make EyeScan a potential tool to be used at mass-attendance events, like concerts and sports games.

If regulators give SEMIC RF the go-ahead, the company plans to launch the app in the US by the end of next month, he said.

According to Reuters, it will initially be targeted at companies and commercial users at a cost of 480 euros ($570) per month and rolled out later to private individuals.