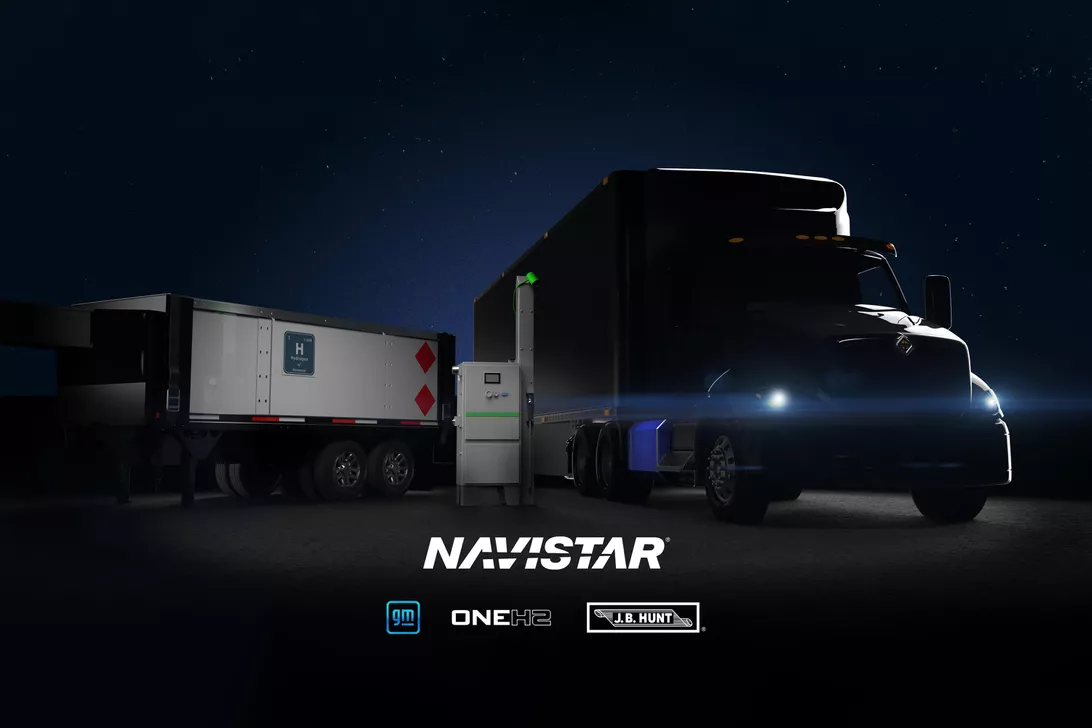 Under the partnership announced Wednesday, GM will provide fuel cell “power cubes” to Navistar, while OneH2, a hydrogen provider, will set up hydrogen refilling stations for trucks.

J.B. Hunt Transport Services, one of Navistar’s customers, will start testing the trucks along dedicated routes late next year as part of a pilot program. By the end of 2023, the trucks will go into production, Navistar said.

The companies are touting the collaboration as part of a “complete solution” for customers of Navistar.

According to Navistar, trucks will be able to travel more than 500 miles on a single charge and can be refueled in less than 15 minutes.

Financial terms of the partnership were not disclosed, but Navistar said it will take a minority stake in OneH2.

Paul Dawson, OneH2’s president and chief executive officer, said, “We believe strongly that hydrogen fuel is the future of zero-emission renewable energy in the heavy truck market and are pleased that this agreement will provide additional scope for its application.”

Navistar is one of several manufacturers that has announced plans to develop zero-emission long-haul trucks.

Tesla, Toyota, Daimler and Hyundai Motor have all previously said they are working to create commercial vehicles powered by either batteries or hydrogen fuel cells.