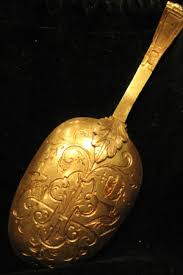 BLIS announces the Company, through the assistance of its sponsoring broker J.H. Darbie & Co. has been able to obtain significant financing for its ongoing and future operations. Importantly, the financing has obtained on four one-year notes, which were all identical in terms from only three funders at a fixed conversion rate. Importantly, as promised before, the immediate effect is no significant dilution to the shares outstanding, which under TSR’s business model is maintained at less than 10 million shares. With such financing TSR is in position that it is not needing to seek any further financing for the foreseeable future for operations and expenses, both general and expansion of its ongoing recovery operations. In other words, TSR is set for the foreseeable future for operations, as it expands to its gaming and other divisions. All of the details of such agreements will be revealed in the Companies 10K annual report to filed shortly.

The funding has given TSR the ability to maintain full operations with its partner Gold Hound LLC, which are currently transpiring off the Sebastian site. Full out operations are now funded for the outfitting of the dive vessel which we are operating with Gold Hound, and large-scale technology purchases of tremendous technical abilities such as exact finder GPS systems, state of the art detection equipment, refit of start of the art electronics, sonar detection equipment, dive equipment and all other equipment necessary for full on continued operations through the whole year dive season and beyond. TSR has also contracted for large scale multimedia outlets to publish its operations worldwide. 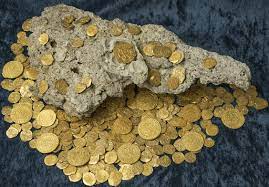 “We have found a true partner with Darbie who caused all of the interest in the ongoing operations which we have with Gold Hound, LLC on the permitted sites. True to our work with Greg Bounds we have now been onsite and successful with multiple recoveries practically on every dive the crews have made,” stated Craig A. Huffman, President of TSR. “With these operations ongoing and secured, we have crews in water on thousands of targets that Greg has magged from proven treasure sites. With this we will now be able to expand operations to other areas of the Caribbean on known treasure sites, besides the multitude of unrecovered items from the known wrecks in Sebastian. The future is great, and TSR will be presenting its finds with its partners through multimedia presentations. Most importantly we are not in a position of any spiral financing, which I have fought for numerous companies as all my time in Corporate counsel litigation.”

The site area off Sebastian Florida has been perpetually permitted with the State of Florida and has been the site of valuable recoveries from a suspected four wrecks from the renowned and enormously laden 1715 Fleet, which sank in July 1715 during a hurricane. Although much of the inshore areas have been worked, and many recoveries made, the vast amount of treasure, in the form of gold and silver coins, bullion bars, emeralds, jewelry and other valuable items are still to be found. Through the exhaustive work of Greg Bounds over the last year, he has tracked and identified thousands of “hits” extending out in un-searched areas that show definitive trails of wrecks which we are now diving on and recovering. Given the success that both Bounds, and his company Gold Hound has had, along with Kane Fisher of TSR who has had numerous recoveries through the years on the site, TSR with this partnership is now recovering looks to great amount of treasure recovery that promise that we are on target and on site of areas not recovered from before. 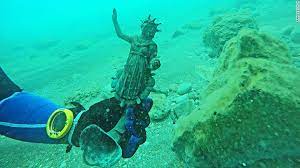 With the vessels operating, TSR will update and provide information on all aspects of operations, including video and other media updates in the short term. TSR has also activated an Instagram site for posts we will make available for videos and pictures on a daily basis. See future publications on Facebook, Instagram, TikTok and other sources as they are developed. Currently we hold thousands of photos of items recovered which will be released.

– Currently Engaged in Active Search and Recover Operations.
– Company has Decades of Experience with a Great Many Valuable Finds.
– Small Share Structure Under 9 Million OS and No Convertible Debt.
– Famed Treasure Hunter Kane Fisher is a New Operations Manager
– Plans for Television and Gaming Apps Under Development.
– Treasure & Shipwreck Recovery Announces Start of Operations and Resources on Treasure Site 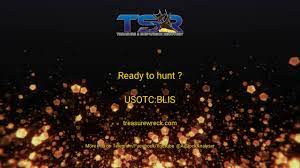 Treasure and Shipwreck Recovery, Inc. (BLIS) is a treasure company built on decades of shipwreck recovery and experience. Operations will be very streamlined, so SGA expenses will be very limited. All recovery work is being done with existing permit holders as contractors to carry out the work, as well as new sites with partners. The BLIS gaming division is more independent and will be done outside of recovery and asset acquisitions of treasure from many sources, to build assets, sell some, and keep much for the company’s own holdings. The BLIS goal is that 80% of all monies are used for operations, equipment, etc. for actual search and recoveries.

BLIS has a very attractive share structure with under 9 million shares outstanding, of which 7 million are held in control holdings and restricted to insiders, and less than 1 million are free trading, in limited deposits. BLIS management intends is to keep its share structure at 15 million or below for the next 2 years.

Additionally, BLIS has no convertible debt. Currently operations are being funded through the current money raise for operations and for the gaming division in two separate segments. This is well underway for wreck explorations throughout the whole dive season of 2021. With a 71 foot mothership, and other dive boats BLIS has financial coverage for operations. BLIS may raise capital for overseas recoveries in certain undisclosed areas, but not via convertible debt as other companies normally do. 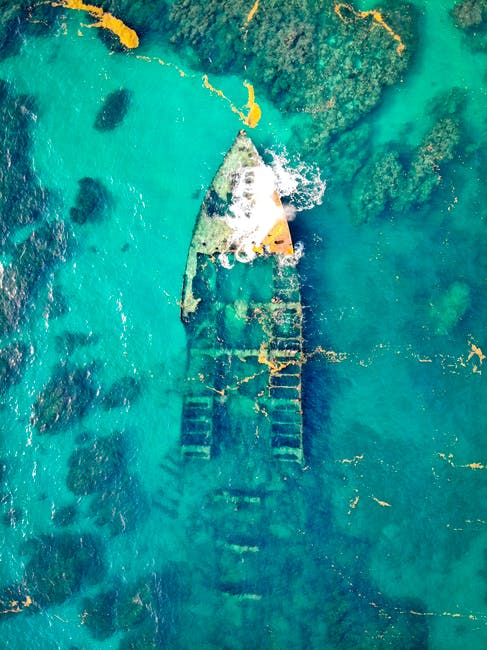 BLIS has numerous revenue routes. One is to keep many artifacts and treasure as assets, to be shown in a planned BLIS location and museum. BLIS has already gathered significant recovered treasure. Second is the sale of treasure and artifacts through certain auction houses and arranged product sales for coins, etc. Third is private collector sales. Fourth is road show and museum show fees. Finally, holding rights to television and future gaming development. Currently, BLIS has many assets recovered, and under holdings.

BLIS intends to become a worldwide set of media brands for adventure, treasure and fulfilling the dream of everyone who ever wanted to have the adventure of a lifetime. BLIS has an existing gaming development relationship for an envisioned App game based on treasure hunting, and a television series will be worked during the next year. Constant filming of crew work and recovery will be published of ongoing operations via social media. 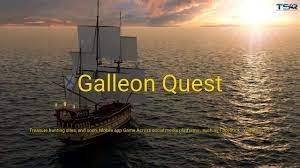 On March 9th BLIS announced it has been conducting search, scan, recovery and acquisition operations of new and known treasure shipwreck recovery sites off the East Coast of Florida. The BLIS team has made a significant recovered acquisition of certain objects, including one that which is suspected to contain large precious gemstone materials that has been expertly examined, and its makeup will be announced shortly.

BLIS has partnered with permitted partners for certain sites, which will be announced in the near future as well. Such area as where the gemstone and other coins were found will be subject to in depth projects and searches. Some of the operations and acquired items will be displayed soon.

BLIS knows that together with the Galleon Quest game, the reality television show Galleon Quest would be complimentary in the marketing of the Company’s recoveries, as well as the game and television alike, as well as bringing eyes to BLIS for the shareholders’ benefit.

On March 2nd BLIS proudly announced Kane Fisher, of the Atocha shipwreck fame, as well as many other historic wrecks throughout history, as the company’s new Operations Manager for all projects and recovery work. Kane has already taken out, led the BLIS team, and been responsible for major projects on treasure recovery sites. Kane is now leading BLIS expeditions on searches of new sites and known sites over the last two months. BLIS will also be partnering on known sites Kane has under his rights for further recoveries and finds.

Kane Fisher has been involved in treasure recovery and finding since childhood, with his famous father, Mel Fisher. Over 50 years Kane has been involved in the recovery of wrecks including the most valuable shipwreck in U.S. history the Spanish galleon Nuestra Senora de Atocha, which has valued recoveries over approximately $700 million dollars. Kane has been involved in dozens of wreck site finds and recoveries off Florida and responsible and involved for an estimated over $1 Billion in wreck recoveries, not just off Florida, but throughout the Caribbean. Other recoveries include being involved with more the rich finds of the Santa Margarita, a sister ship of the Atocha lost in the same storm of 1622.

BLIS management knows that together with the Galleon Quest game, the reality television show Galleon Quest would be complimentary in the marketing of the Company’s recoveries, as well as the game and television alike. All of this should also be very instrumental in bringing eyes to the BLIS for the shareholders’ benefit. 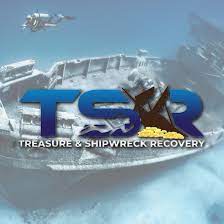 DISCLAIMER: FrontPageStocks/CorporateAds.com (CA) is a third-party publisher and news dissemination service provider. CAP/FPS/CA is NOT affiliated in any manner with any company mentioned herein. CAP/FPS/CA is a news dissemination solutions provider and is NOT a registered broker/dealer/analyst/adviser, holds no investment licenses and may NOT sell, offer to sell or offer to buy any security. CAP/FPS/CA’s market updates, news alerts and corporate profiles are NOT a solicitation or recommendation to buy, sell or hold securities. The material in this release is intended to be strictly informational and is NEVER to be construed or interpreted as research material. All readers are strongly urged to perform research and due diligence on their own and consult a licensed financial professional before considering any level of investing in stocks. All material included herein is republished content and details which were previously disseminated by the companies mentioned in this release or opinion of the writer. CAP/FPS/ CA is not liable for any investment decisions by its readers or subscribers. Investors are cautioned that they may lose all or a portion of their investment when investing in stocks. CAP/FPS/CA has been compensated $500 by a third party for dissemination of this article.