BAAR, Switzerland (Viz Release) April 13, 2021 – – Blackstone Resources AG (SWX: BLS) is pleased to announce that it has passed a series of important milestones for its proprietary 3D-printing production technology. These milestones are focused on printing solid-state batteries, representing a significant breakthrough for this next generation technology.

The company can now proudly announce that its German subsidiary Blackstone Technology GmbH has successfully printed and tested its first working solid-state battery cell. The picture below shows an LED light that is being powered by Blackstone’s solid-state cell. 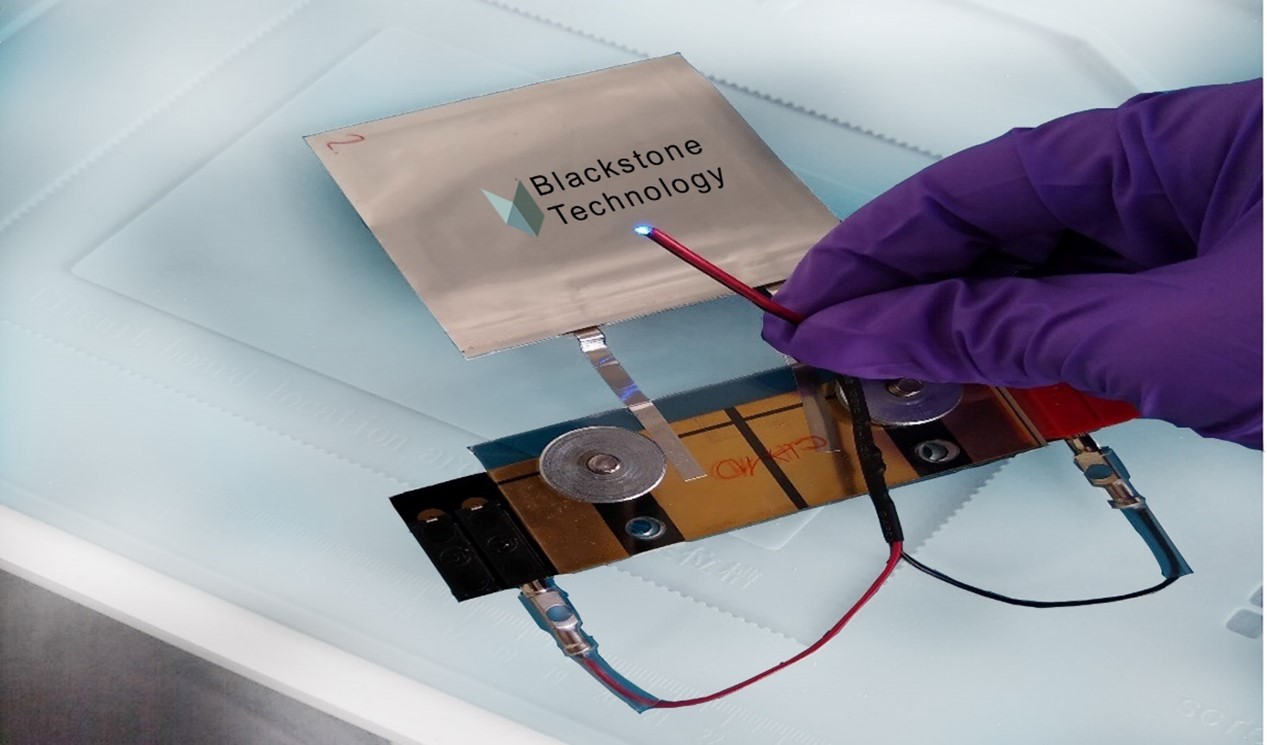 This marks the successful completion for research and evaluating stage of the 3D screen-printing process, as a new flexible method for producing all kinds of printed solid-state lithium-ion batteries.

With this step, Blackstone Technology has achieved the highest efficiency and the greatest leverage from its production technology. It represents a gamechanger for the world’s entire cell manufacturing process. It also paves the way for the mass production of solid-state batteries using various cathode materials.

The automotive industry, marine applications and all other applications that require batteries stand to benefit significantly from the advantages that 3D-printed solid-state cells can offer. Our 3D printed solid-state batteries are more environment friendly as they are produced in water solvable chemicals, which are also less harmful to the environment and easier to recycle.

Blackstone Technology’s is committed to taking the next steps to develop the manufacturing technology needed to bring production to a point where one battery cell is produced every second, with production costs falling to lower than USD 65 per kWh.

Moreover, the production process offers the potential to save up to 70% of the traditional Capex and 30% Opex during the production of these solid-state cells. An additional material saving can be achieved for the electrode chemistry and other used materials.

Blackstone now has the technology and results that will be a game changer for the entire battery industry.

The company has been investing in the next generation of battery technology through its German subsidiary Blackstone Technology GmbH for many years. This includes patented 3D-printing techniques, solid-state technology and the implementation of mass production of batteries in the 3D printing processes.

The first large battery cells developed by Blackstone Technology GmbH have already been presented in February 2021 at the Blackstone Battery day and are ready for the mass production.

The disclaimer is an integral part of this press release. Please ensure you consult the disclaimer for a full understanding of the content within: http://www.blackstoneresources.ch/investors/disclaimer/