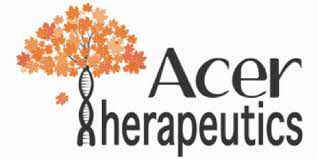 Acer Therapeutics Inc. (NASDAQ: ACER) is a pharmaceutical company focused on the acquisition, development and commercialization of therapies for serious rare and life-threatening diseases with significant unmet medical needs.

The ACER pipeline includes four programs: ACER-001 (sodium phenylbutyrate) for the treatment of various inborn errors of metabolism, including urea cycle disorders (UCDs) and Maple Syrup Urine Disease (MSUD); EDSIVO(TM) (celiprolol) for the treatment of vascular Ehlers-Danlos syndrome (vEDS) in patients with a confirmed type III collagen (COL3A1) mutation; ACER-801 (osanetant) for the treatment of induced Vasomotor Symptoms (iVMS); and ACER-2820 (emetine), a host-directed therapy against a variety of infectious diseases, including COVID-19.

Each of the ACER product candidates is believed to present a comparatively de-risked profile, having one or more of a favorable safety profile, clinical proof-of-concept data, mechanistic differentiation and/or accelerated paths for development through specific programs and procedures established by the FDA. In March 2021, ACER entered into a Collaboration and License Agreement with Relief Therapeutics for the worldwide development and commercialization of ACER-001.

On June 10th ACER announced that following a recent Type B meeting with the U.S. Food and Drug Administration (FDA) regarding its proposed EDSIVO(TM) (celiprolol) development plan, ACER is planning a pivotal clinical trial in patients with COL3A1+ vascular Ehlers-Danlos Syndrome (vEDS).

In the Type B meeting, ACER discussed conducting a U.S.-based prospective, randomized, double-blind, placebo-controlled, decentralized clinical trial in patients with COL3A1+ vEDS, and sought the Agency’s opinion on various proposed design features of the study. The official meeting minutes ACER recently received from the FDA confirm details of that discussion, including: the acceptability of a decentralized (virtual) clinical trial design and use of an independent centralized adjudication committee; acceptability of a primary endpoint based on clinical events associated with disease outcome; agreement with modest safety data collection (based on the known safety profile of the drug1,2,3,4) and no pharmacokinetic (PK) data needing to be collected; and a statistical plan that considers the rare disease classification of vEDS.

In the second half of 2021, ACER intends to submit a protocol for the prospective study, along with an investigational new drug application (IND), request breakthrough therapy designation, and coordinate with FDA to reach agreement on a Special Protocol Assessment (SPA). Based on initial power calculations, ACER anticipates that the trial should enroll approximately 200 COL3A1+ vEDS patients in the U.S., and the duration of the clinical trial is estimated to be approximately 3.5 years to complete once fully enrolled.

For more information on the trial as it becomes available, visit: www.discoverceliprolol.com.

The conduct and completion of the EDSIVO(TM) pivotal clinical trial is subject to ACER ability to obtain up to approximately $10 million of funding. Such funding may come from one or more of a number of current and future sources, including but not limited to current cash, a strategic partnership, other non-dilutive sources and potential ACER-001 revenue. ACER believes its cash and cash equivalents available as of March 31, 2021, plus up to $20.0 million of Development Payments per the ACER-001 Collaboration Agreement with Relief Therapeutics, are sufficient to fund its currently anticipated operating and capital requirements into mid-2022, excluding support for planned EDSIVO(TM) and osanetant clinical trials. 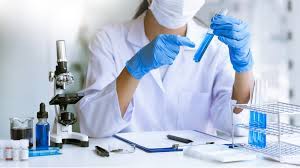 Ehlers-Danlos syndrome (EDS) is an inherited disorder caused by mutations in the genes responsible for the structure, production, or processing of collagen, an important component of the connective tissues in the human body, or proteins that interact with collagen. EDS is a spectrum disorder where patients present with various forms, the most serious of which is vEDS, also known as EDS type IV, which is generally caused by a mutation in the COL3A1 gene. vEDS causes abnormal fragility in blood vessels, which can give rise to aneurysms, abnormal connections between blood vessels known as arteriovenous fistulas, arterial dissections, and spontaneous vascular ruptures, all of which can be potentially life-threatening. Gastrointestinal and uterine fragility or rupture also commonly occur in vEDS patients. Spontaneous arterial rupture has a peak incidence in the third or fourth decade of life in vEDS patients but may occur earlier and is the most common cause of sudden death in vEDS patients. Arterial rupture or dissection events occur in about 25% of patients before the age of 20 but increase to roughly 90% of patients by the age of 40. The median survival age of vEDS patients in the U.S. is 51 years, with arterial rupture being the most common cause of sudden death.5

On May 25th ACER and RELIEF THERAPEUTICS Holding AG announced the outcome of their pre-New Drug Application (NDA) meeting with the U.S. Food and Drug Administration (FDA) for ACER-001 for the treatment of Urea Cycle Disorders (UCDs). ACER-001 is a proprietary immediate release multi-particulate powder formulation of sodium phenylbutyrate (NaPB) with a taste-masked coating. ACER-001 is being developed in collaboration with Relief. 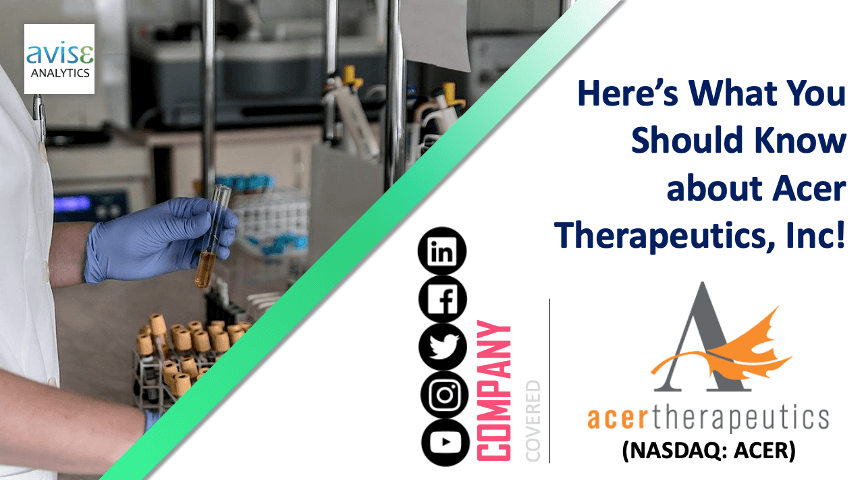 The purpose of the pre-NDA meeting was to discuss the content of the ACER planned NDA submission. Based on FDA feedback, the Companies believe the proposed data package will be sufficient to support an NDA submission under the Section 505(b)(2) regulatory pathway of ACER-001 for the treatment of patients with UCDs. Following NDA submission and FDA determination of acceptance for filing, the FDA will conduct a substantive review before deciding upon the action on the application.

RELIEF THERAPEUTICS Holding AG focuses primarily on clinical-stage programs based on molecules with a history of clinical testing and use in human patients or a strong scientific rationale. Relief’s lead drug candidate RLF-100(TM) (aviptadil), a synthetic form of Vasoactive Intestinal Peptide (VIP), is in late-stage clinical testing in the U.S. for the treatment of respiratory deficiency due to COVID-19. As part of its pipeline diversification strategy, in March 2021, Relief entered into a Collaboration and License Agreement with ACER for the worldwide development and commercialization of ACER-001. ACER-001 is a taste-masked and immediate release proprietary powder formulation of sodium phenylbutyrate (NaPB) for the treatment of Urea Cycle Disorders and Maple Syrup Urine Disease. For more information visit www.relieftherapeutics.com . 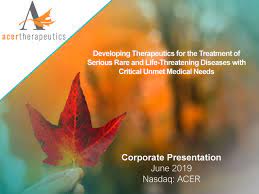