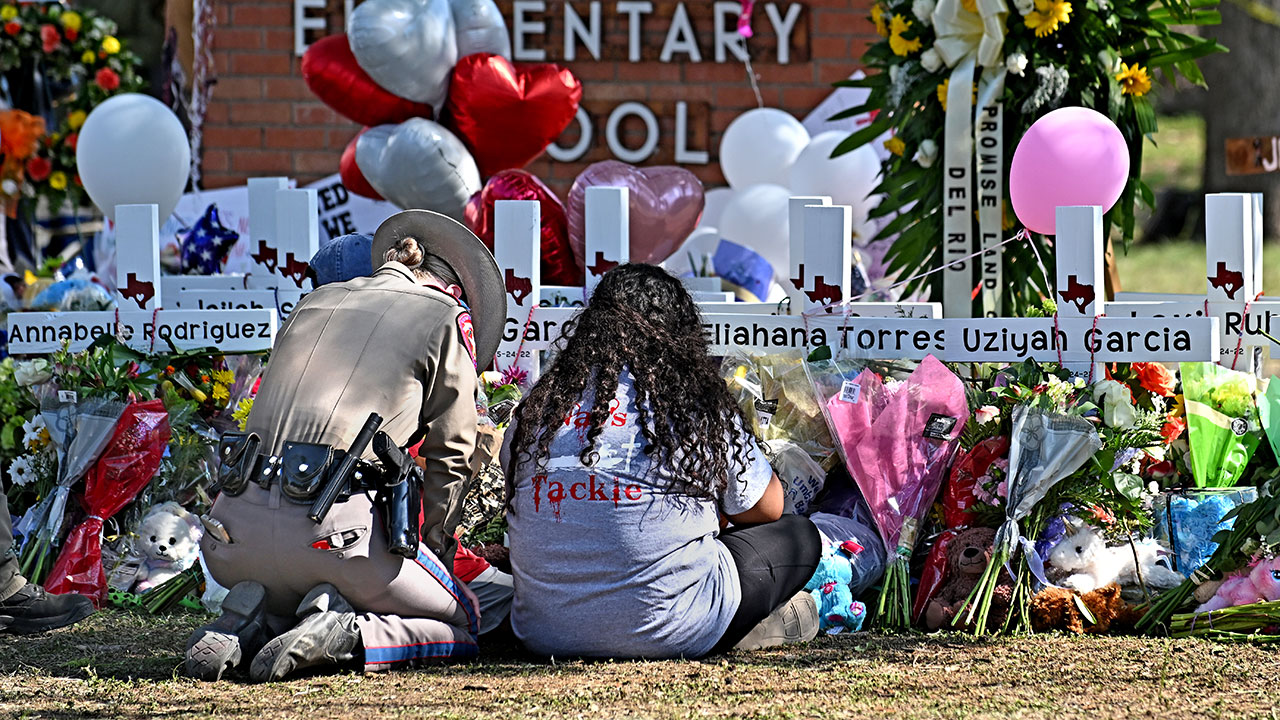 NEW You can now listen to Fox News articles!
Uvalde Consolidated Independent School District Superintendent Hal Harrell announced this week that Lieutenant Mike Hernandez will become the interim school police chief in Uvalde after Pete Arredondo was placed on administrative leave.
Hernandez is a Uvalde native and 35-year law enforcement veteran who worked in various positions for the Uvalde Police Department and Uvalde County Sheriff's Office before joining the school district's police force.
"I have grown through the ranks from patrolman to detective, lieutenant, captain, and have served as interim chief for the Uvalde Police Department," Hernandez said in a campaign video for Uvalde County Sheriff in 2020, an election that he lost by just 60 votes.
Hernandez retired in 2016 from the Uvalde Police Department, which said at the time that he "has always been quick to lend a hand, and impart his knowledge and wisdom to all who asked."
In March, Hernandez hosted an active shooter training at Uvalde High School along with school district police officer Ruben Ruiz, whose wife was killed in last month's attack at Robb Elementary School.
UVALDE SCHOOL POLICE CHIEF PLACED ON ADMINISTRATIVE LEAVE AS CRITICISM GROWS OVER RESPONSE TO SHOOTING"Our overall goal is to train every Uvalde area law enforcement officer so that we can prepare as best as possible for any situation that may arise," the Uvalde school district police department wrote on Facebook about the training in March.
"Lieutenant Mike Hernandez will assume the duties of the UCISD Chief of Police.
We will continue to seek qualified candidates to join our police department as we prepare for the new school year," Harrell said Tuesday.
UVALDE SHOOTING: OFFICER WHOSE WIFE WAS SHOT WAS DISARMED AND ‘ESCORTED' AWAY, TEXAS DPS CHIEF SAYSArredondo, who Texas DPS identified as the on-scene commander during the shooting, has been sharply criticized by state law enforcement officials and the Uvalde community for his response to the massacre.
Texas DPS Director Steven McCraw told a Texas Senate committee on Tuesday that there were enough law enforcement officers with body armor at the school within three minutes of the gunman going inside.
"The only thing stopping a hallway of dedicated officers from entering Room 111, and 112, was the on-scene commander, who decided to place the lives of officers before the lives of children," McCraw said Tuesday.