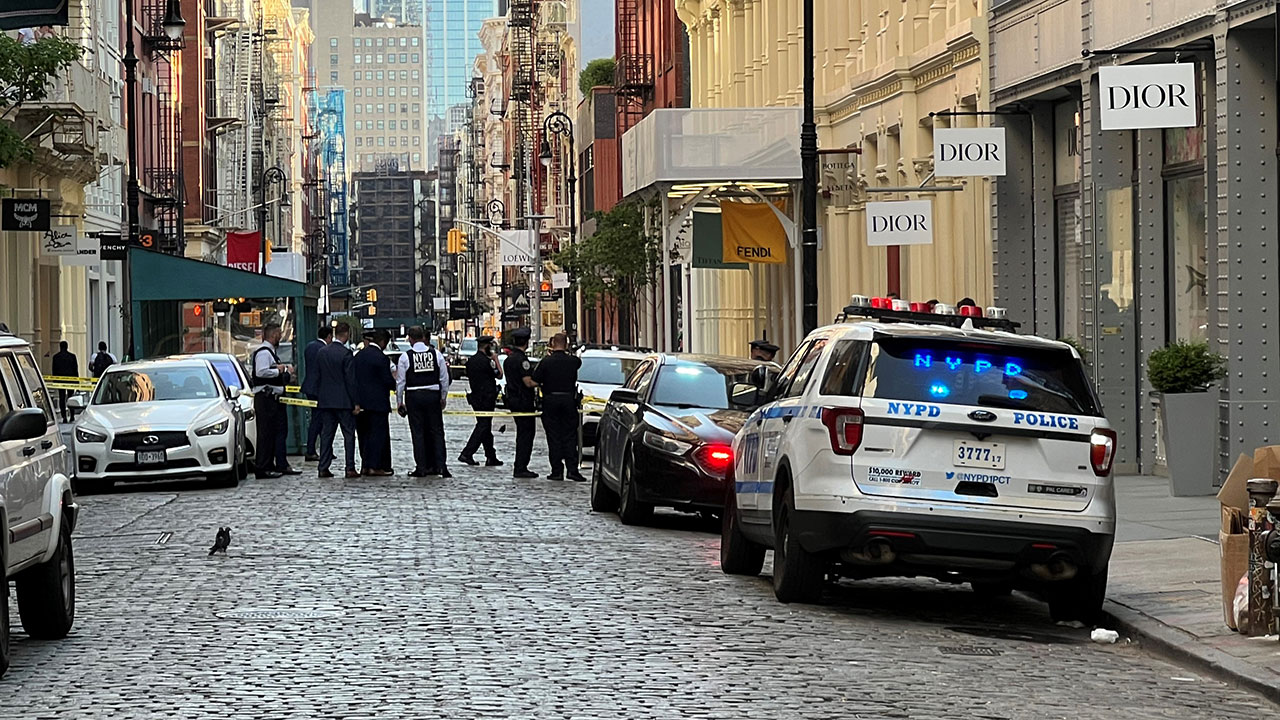 At least 19 people were shot across New York City since Monday, resulting in three deaths.
The violence, spanning four of the city's five boroughs, began Monday afternoon and went into early Tuesday morning.
The wave of shootings began in Queens just after 3 p.m. on the Fourth of July when a man sustained a gunshot wound while crossing a street in Cambria Heights.
According to the New York Post, four or five shots were fired before a man in his 30s was found in the street and taken to a local hospital for treatment.
One man was shot in the shoulder, and the others were shot in the foot.
Manhattan saw two shootings, with one during daylight hours in the trendy SoHo neighborhood.
The NYPD told the Post the victim was shot in the neck and taken to Harlem Hospital, but would not cooperate with their investigation.
Three more shootings, all non-fatal, took place in the Bronx some time between 10 p.m. and 2 a.m., according to local NBC4.
Another, at 11:30 p.m. in East New York was the result of an apparent dispute, the NBC station reported.
That incident resulted in the deaths of a 21-year-old man and a 23-year-old man, and an 18-year-old man taken to a hospital where he was in critical condition.
CLICK HERE TO GET THE FOX NEWS APPA suspect in the East New York shooting was reportedly in custody, but as of early Tuesday morning no arrests had been made in connection with any of the other incidents.
Fox News reached out to the office of Mayor Eric Adams for comment on the shootings, but they did not immediately respond.