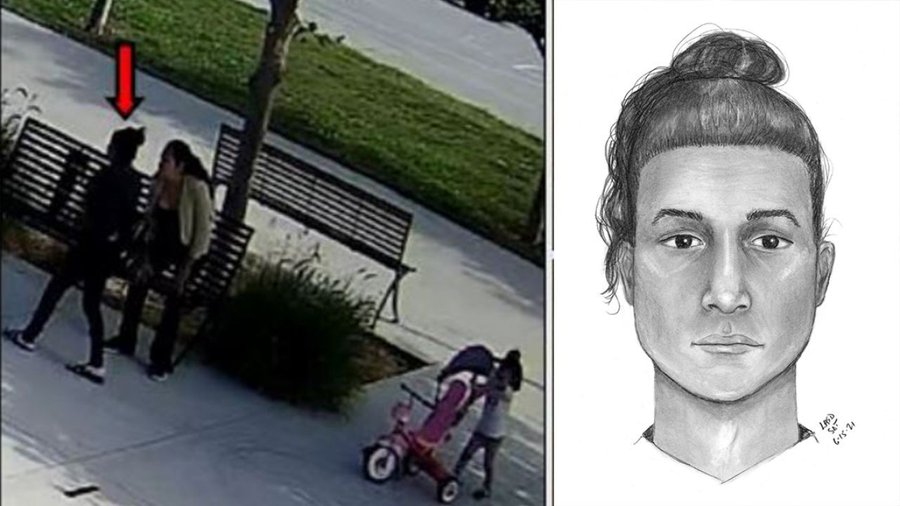 A newborn-- about two days old--was found whimpering inside a trashcan in a Los Angeles public park's restroom and authorities are looking for a person of interest.
Fox 11 reported that the boy, who was described as either Hispanic or African-American, is believed to have been born last week inside the women’s restroom at Yvonne Burke-John D. Ham Park.
The Los Angeles Times reported that the baby was first located by a woman inside the facility who heard whimpering.
The baby was inside the trashcan "among the rubbish," the paper reported.
The Los Angeles County Sheriff’s Office took Twitter to seek information about the baby.
One image appears to show two women and a toddler.
A red arrow points to a person of interest in the case, the office said.
"I can't say what would cause her to, to abandon the baby in that fashion.
But yeah, I guess you can speculate that that age could play a part," Lt. John Adams with the Los Angeles County Sheriff's Department Special Victims Bureau said, according to the station.
He said the baby is doing will in the hospital and is "quite the celebrity."
CLICK HERE TO GET THE FOX NEWS APPDetectives, paramedics and medical staff that treated the boy have all expressed interest in adopting him.