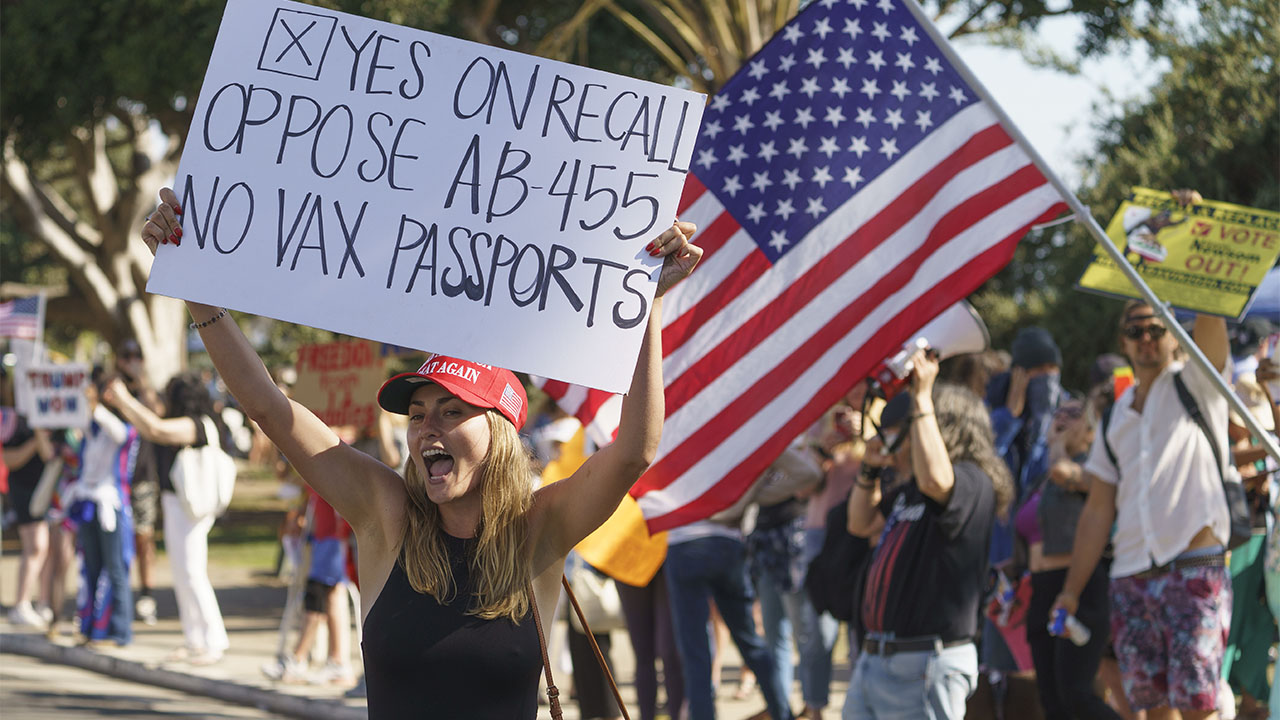 Los Angeles city leaders approved an ordinance Tuesday that would bar protests within 300 feet of the residence belonging to the person being targeted, a move that came following months of demonstrations outside the homes of public and elected officials.
The City Council voted 12 to 2 to approve the measure, with council members Mike Bonin and Nithya Raman dissenting.
A second reading — usually a formality — will be held Sept. 21 for the ordinance to go into effect.
ROBERT DURST MURDER TRIAL LAWYER SAYS PROSECUTORS DEMONIZED 'SICK, OLD MAN'The ordinance was requested by Council President Nury Martinez and Councilman Mitch O'Farrell, who were the targets of anti-vaccine protesters last month.
"We have one week to stop the (vaccination) passports ... if it's unanimous, we've lost," a protester said.
We find out who voted yes and you show up at their house.
"No staffers, no family members of ours should be subjected to this kind of treatment.
My address and my home is not a public place for you to come and protest," she added.
After the rally, protesters, including gubernatorial recall candidate David Alexander Bramante, showed up at the homes of the Martinez and O'Farrell.
CLICK HERE TO GET THE FOX NEWS APPSeveral members of the public called to voice opposition to the measure, calling it a violation of their First Amendment rights.
Some said they would sue the city if the ordinance takes effect.
A draft ordinance said anyone found to be in violation could be sued for damages and face up to $1,000 in fines.