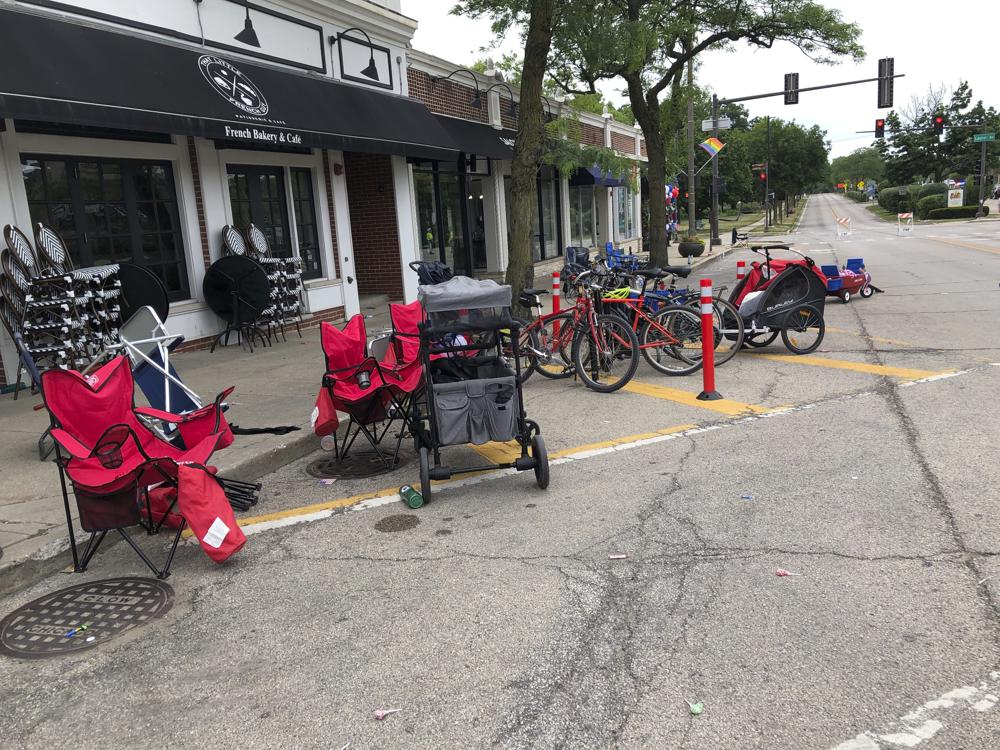 A witness to Monday's July 4th parade shooting says he thought the first shots fired were a military salute before realizing the situation and running.
The witness, identified only as Alexander, attended the parade with his son, according to ABC 7 Chicago.
Robert Crimo III, 22, allegedly opened fire soon after the procession began.
"I thought it was the [U.S.] Navy saluting the flag with rifles, but then I saw people running, I picked up my son and started running.
I ran to one of the buildings, I tried to break glass into get in with my son and I couldn't break it," Alexander said.
"You're not safe anymore, you're not going wanna take your kids to a large gathering.
SUSPECT ARRESTED IN ILLINOIS FOURTH OF JULY PARADE SHOOTING THAT KILLED 6 PEOPLECrimo allegedly killed six people and injured 30 others in the attack.
He reportedly set up on a rooftop overlooking the parade route.
Images show lawn chairs and strollers abandoned along the street as parade-goers fled the scene.
ILLINOIS 4TH OF JULY PARADE SHOOTING LEAVES 6 DEAD, MORE THAN 30 INJURED; SUSPECT ARRESTEDCrimo's uncle, Paul Crimo, expressed his deep sympathies for the victims, but said he was shocked that his nephew is the suspect.
"There were no signs that I saw that would make him do this," Paul Crimo told Fox 32.
CLICK HERE TO GET THE FOX NEWS APP"He keeps everything to himself, and he doesn't express himself," he explained.