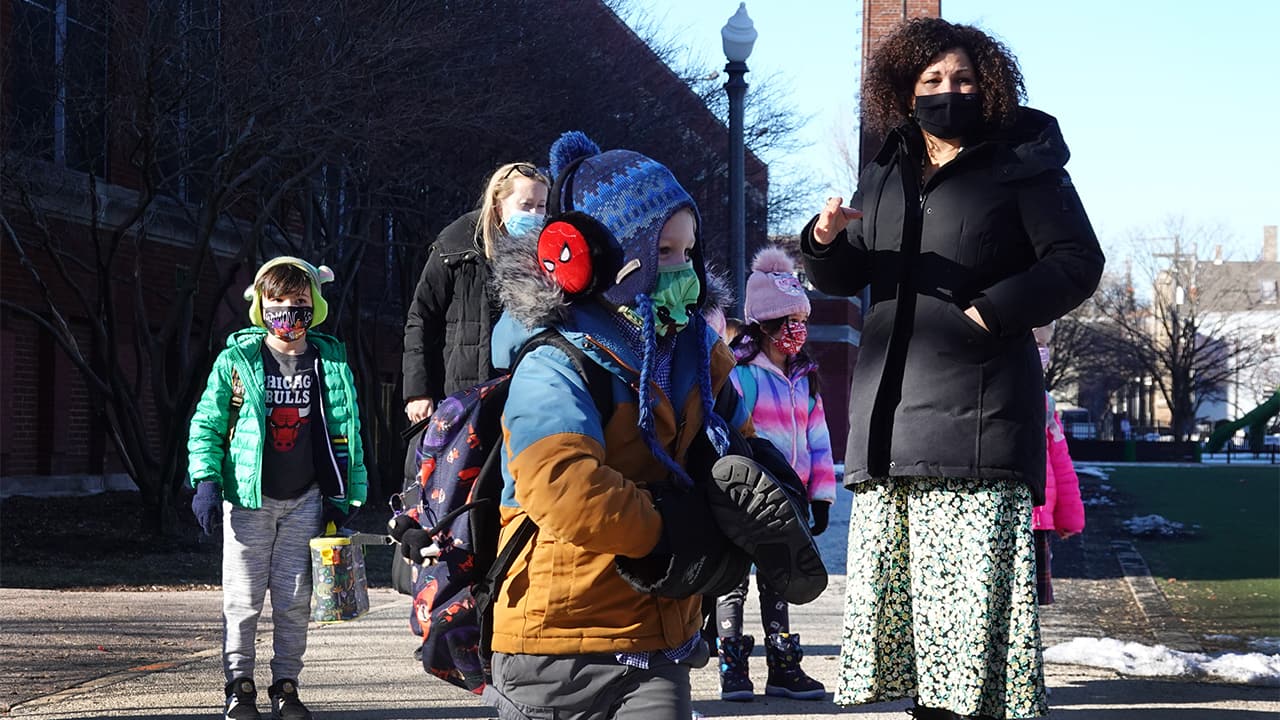 The union that represents many Chicago teachers is requesting a delay in the reopening of high schools, along with more COVID-19 vaccinations for students and families as it continues to negotiate with school district officials to resume in-person instruction.
"It’s critical, we believe, that there is some plan for vaccinating high school-age students… and their family members."
The school district said an agreement was already in place for the return of high school students weeks ago.
The city's high school students have been learning via virtual classes for more than a year.
Elementary school students, as well as preschool and special education students, began returning to the classroom weeks ago.
Of all students expected to attend class in person, 73% were present from March 8-12, according to data released by the school district.
CHICAGO MOTHER: TEACHERS UNION CULTIVATED ‘FEAR AND PANIC’ AMONGST ITS MEMBERSAt a Wednesday, Mayor Lori Lightfoot said she expects high schools to open on time and sees no reason to re-negotiate with the teacher's union.
"Part of high school is socializing.
In a series of tweets, the union said bringing back high school students would "exacerbate the surge in cases that our city is experiencing now."
CLICK HERE TO GET THE FOX NEWS APPThe school district has plans to prioritize vaccinations for students 16 and older, it said.
The union wants students and families to be vaccinated, something it said Wednesday was paramount to a safe route for in-person instruction.
The school district maintains vaccination data but reporting on how many staff members have received shots is incomplete after the union discouraged the reporting of such figures, the district said.