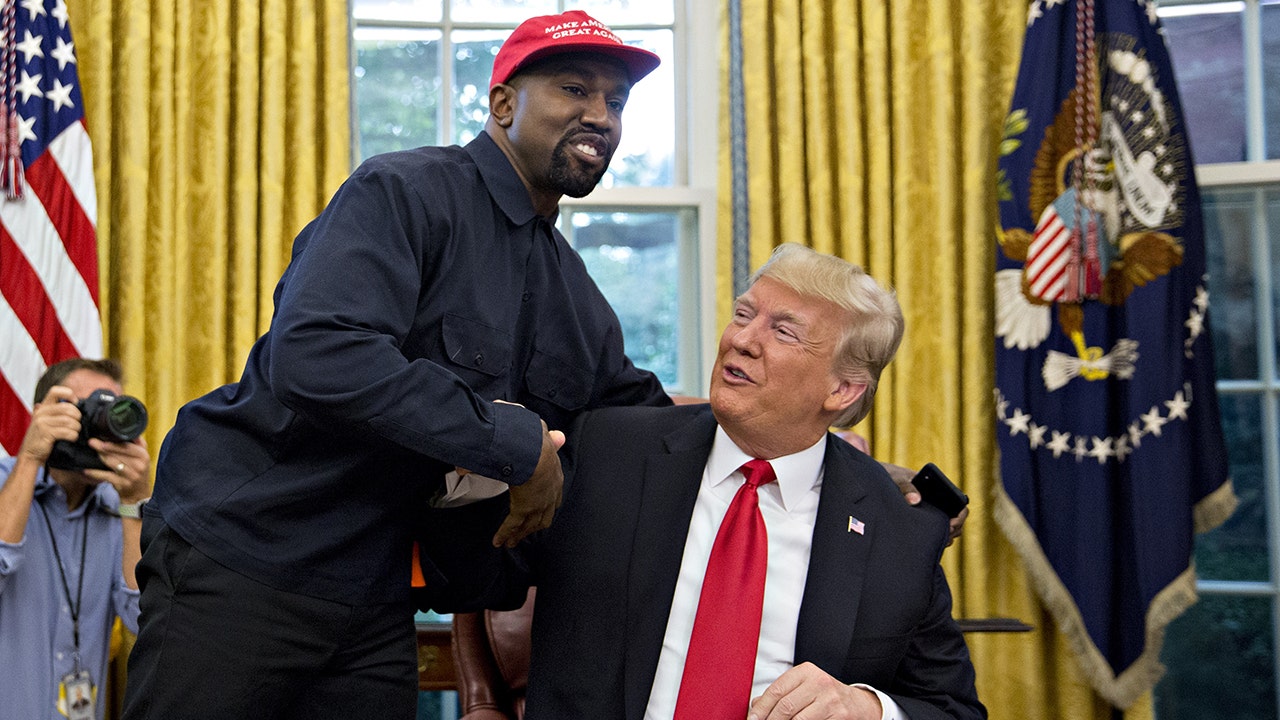 Ye, the rap music artist formerly known as Kanye West, released his first campaign video Thursday for an unlikely presidential bid in 2024, taking a swipe at former President Donald Trump.
In the video posted to Twitter, Ye shared that he previously offered Trump a position to be his vice presidential candidate, a comment Ye said confused and frustrated Trump.
"I think the thing Trump was most perturbed about [was] me asking him to be my vice president," Ye said in the video.
"I think that was lower on the list of things that caught him off guard."
The comments were made during a "debrief" session about Ye’s visit to the White House and meeting with then-President Trump in Oct. 2018.
2024 WATCH: MEET THE POTENTIAL GOP PRESIDENTIAL CONTENDERSIn Thursday's campaign video, Ye also challenged Trump on not acting to legally protect those who invaded the U.S. Capitol Building on Jan. 6, 2021, while he was in office.
DEMOCRATIC PARTY RESPONDS TO TRUMP'S 2024 ANNOUNCEMENT: 'HE WILL LOSE AGAIN'Ye then claimed Trump "started basically screaming at me at the table, telling me I am going to lose."
Ye has not officially announced his intention to run, although he has previously commented that he would seek the presidency in 2024.
DONALD TRUMP ANNOUNCES 2024 RE-ELECTION RUN FOR PRESIDENTTrump formally entered the 2024 presidential election one week after the midterm elections, promising to "make America great and glorious again."
We have not reached that pinnacle, believe it or not," Trump said on Nov. 15.
What we have built together over the past six years is the greatest movement in history because it is not about politics.
It's about our love for this great country, America, and we're not going to let it fail."
Source