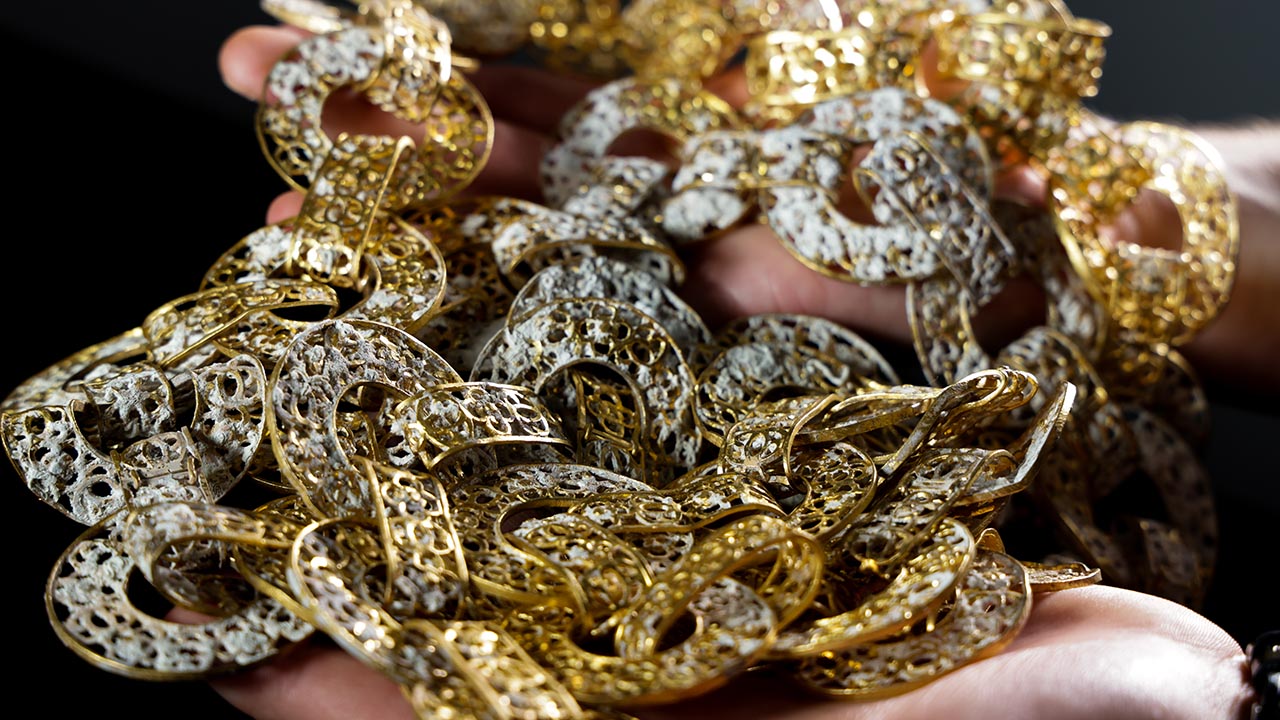 A treasure trove of jewels, medallions and historic artifacts has been uncovered in the Bahamas that date back to the legendary 17th century Maravillas shipwreck — and the public is about to get a look at it.
ALL-WOMEN ROWING TEAM BREAKS WORLD RECORD IN RACE ACROSS PACIFIC OCEANThe 891-ton ship went down after colliding with its fleet flagship.
The remains of the vessel were scattered for several miles across the ocean, with no significant portion of the ship left behind.
For more than 360 years, archeologists and adventurers have attempted to locate the debris that was lost in the wreckage.
The fascinating finds also include Spanish olive jars, Chinese porcelain and iron rigging, according to an AllenX press release.
Four pendants worn by members of the sacred Order of Santiago, a religious band of knights active in Spanish maritime trade, were also recovered.
next Image 1 of 2prev Image 2 of 2AllenX considered the Order of Santiago jewels to be the "star" finds thus far.
AllenX indicated that no exact replicas of the chain exist from other excavations in museum collections or as seen in Spanish portrait art.
Instead, the finds will become part of an exhibit at Allen Exploration’s Bahamas Maritime Museum, located at the Port Lucaya Marketplace in Freeport.
It will reveal other exhibits about maritime history in the Bahamas, as well as the transatlantic slave trade and the Lucayan people.
Along with launching the museum, Allen is furthering his passion for discovery and education by developing underwater archeology programs for Bahamian kids.
Allen Exploration's Bahamas Maritime Museum in Freeport, Grand Bahama, opens on August 6, 2022.
Source