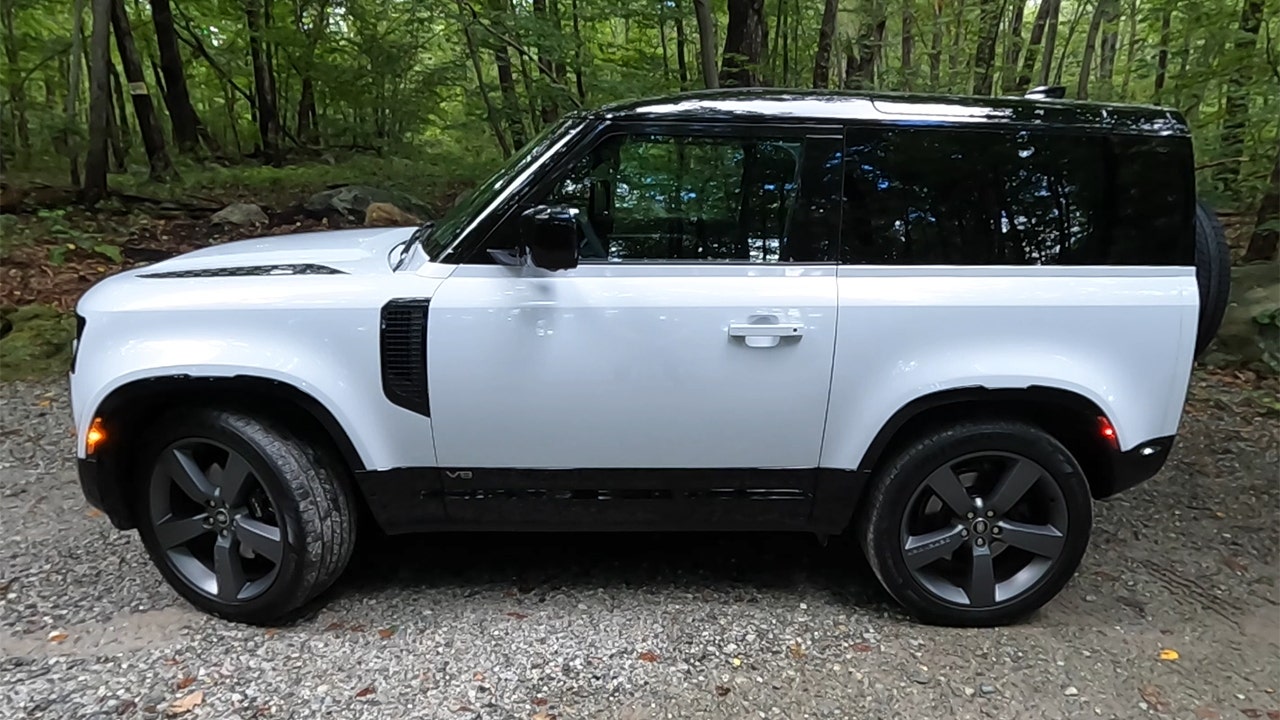 Rewind to 2020 and the only one on sale was the Jeep Wrangler, but the new Ford Bronco and Land Rover Defender 90 arrived on the scene the following year.
Now, Land Rover has stepped things up a notch by stuffing a V8 into the Defender 90, making it the most powerful of the trio, by far.
The Defender 90 V8 features a 518 hp supercharged 5.0-liter engine and eight-speed automatic transmission that’s shared with other Land Rover models and is also available in the four-door Defender 110.
LAND ROVER DEFENDER V8 BOND 007 EDITION IS A BAD-LOOKING SUVIt is able to accelerate the Defender 90 to 60 mph in 4.9 seconds on its way to a 149 mph top speed, which makes the boxy model one of the fastest bricks in the world.
Unfortunately for muscle SUV fans, it is the most expensive 2-door at a starting price of $109,375.
To put that into perspective, the four-door Jeep Wrangler Unlimited Rubicon 392 that is powered by a 470 hp V8 starts at $81,190.
The Defender 90 may only have two doors, but it’s longer than the Wrangler and Bronco and provides adult-size accommodations in the rear.
TEST DRIVE: THE LAND ROVER DEFENDER IS READY FOR AN OFF-ROAD BATTLEThe Defender 90’s shorter wheelbase means it much easier to navigate tight trails with and brings the tires closer together to improve its rock crawling capabilities.
Of course, the entry level Defender 90 that is powered by a 295 hp turbocharged four-cylinder engine and costs half as much as this one can handle the rough stuff just fine, as can a Defender 90 with the optional 395 hp turbocharged six-cylinder engine.
You may want to avert your eyes from the pump at the gas station, however, as the Defender 90 V8 is rated at just 16 mpg combined.
The question is how long it will take Land Rover to offer the V8 in the new stretched-wheelbase Defender 130, which has three rows of seats and could put the power to good use hauling a lot of people around.
2022 LAND ROVER DEFENDER 90 V8Base price: $109,375Type: 5 passenger, 2-door all-wheel-drive SUV.
Source