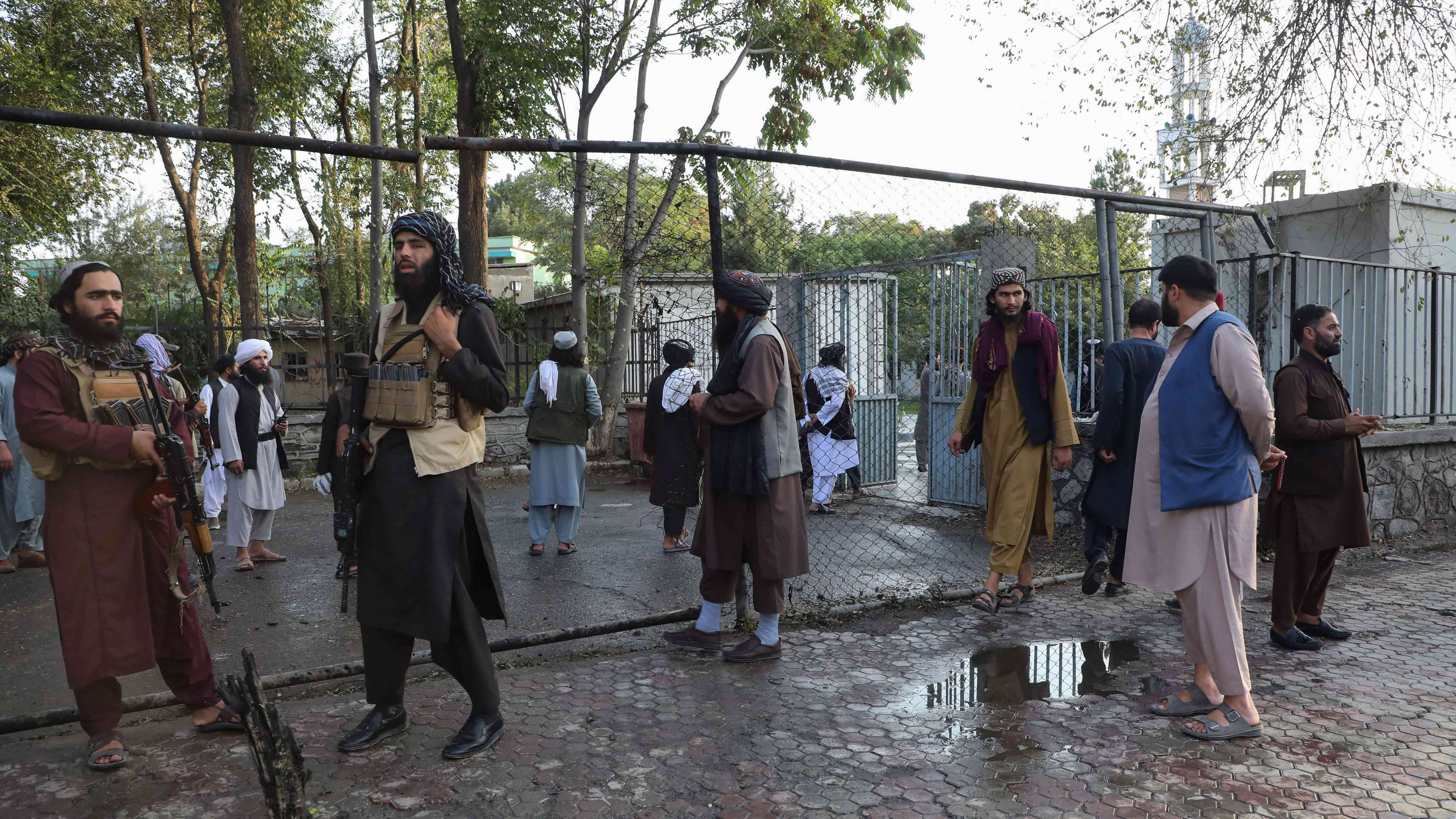 A car bomb went off Friday as worshippers were leaving a Kabul mosque, killing at least seven people and wounding 41, including several children, a Taliban official said.
No one immediately claimed responsibility for the bombing, the latest in a steady stream of attacks since the Taliban seized power in Afghanistan just over a year ago.
A column of black smoke rose into the sky and shots rang out several minutes after the explosion near the mosque, located in a high-profile diplomatic neighborhood of the Afghan capital.
A Taliban-appointed Interior Ministry spokesman, Abdul Nafi Takor, said the vehicle with explosives was parked by the roadside near the mosque and detonated as worshippers were coming out after Friday prayers.
TALIBAN OFFICIAL CONFIRMS AT LEAST 3 DEAD IN EXPLOSION AT AFGHAN CAPITAL"Many people were martyred or wounded," said Mohammad Basir, an eyewitness.
"I came out and had crossed the street when an explosion happened," he said.
"Right after the explosion, people nervously started evacuating wounded victims to hospital."
The Italian Emergency Hospital, one of Kabul's clinics that treated the victims, said it received 14 casualties from the site, with four dead on arrival.
Khalid Zadran, a spokesman for the Kabul police chief, said worshippers were intentionally targeted as they were leaving the Wazir Akbar Khan Mosque.
"Targeting mosques and worshippers is an unforgivable crime, the nation should cooperate with the regime in eliminating criminals," said Taliban government spokesman Zabihullah Mujahid.
US-BACKED FORCES IN SYRIA FOIL 'MASSIVE' SUICIDE BOMBING ATTACK IN REFUGEE CAMPThe United Nations mission in Kabul tweeted that the bombing was another "bitter reminder of ongoing insecurity and terrorist activity in Afghanistan."
"Our thoughts are with the families of those killed, wishing speedy recovery to the injured," added the mission, known as UNAMA.
Source