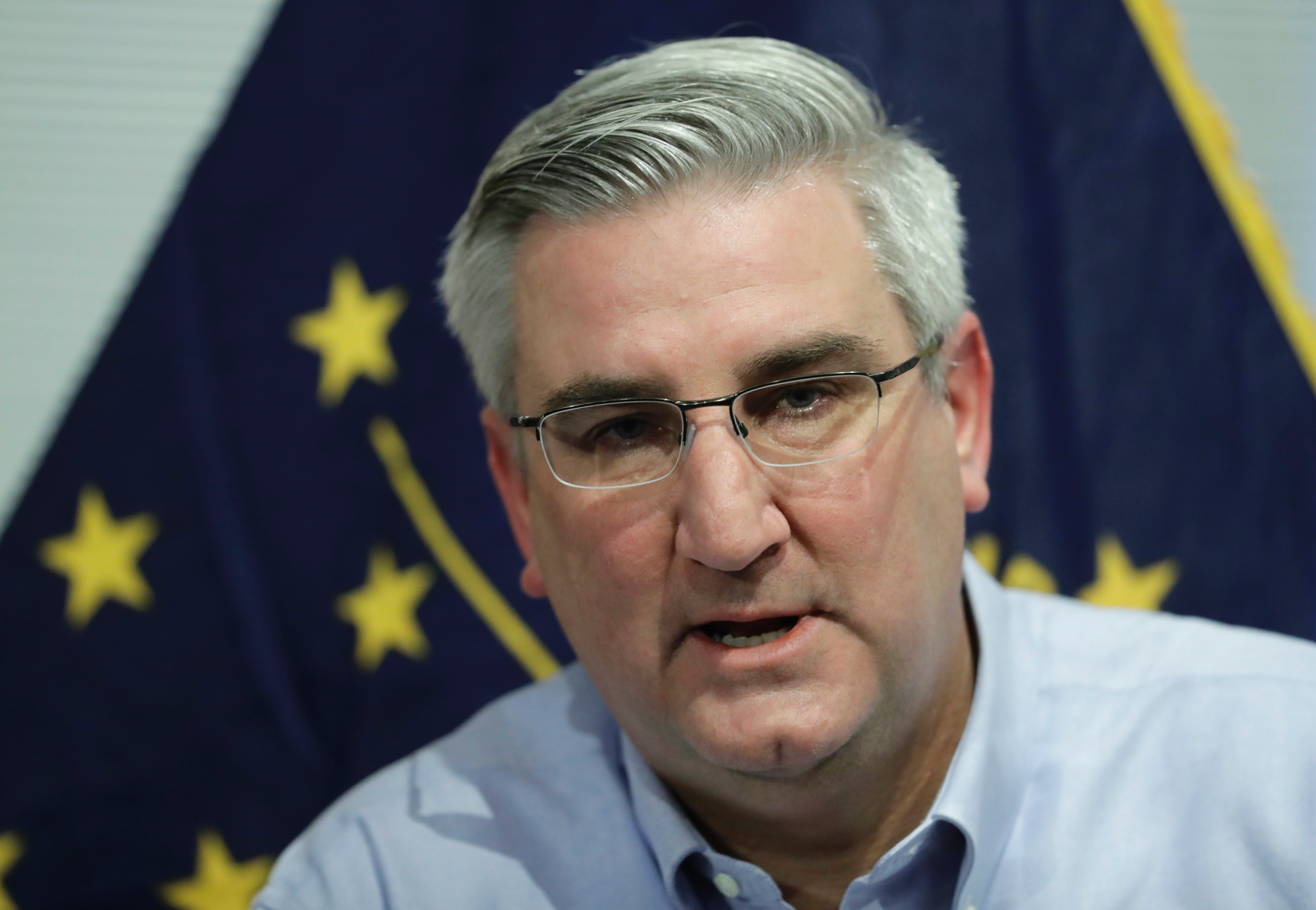 The new law bans the procedure except in cases of rape, incest and to protect the life and physical health of the mother.
Victims would not be required to sign a notarized affidavit attesting to an attack, which had previously been proposed.
A doctor who performs an illegal abortion or fails to file necessary reports will also lose their medical license.
PRO-LIFE PREGNANCY CLINICS STILL BEING TARGETED BY VIOLENCE, 3 MONTHS AFTER sUPREME COURT LEAKIndiana is the first state in the nation to approve new legislation restricting abortion access since the Supreme Court overturned Roe v. Wade in June.
"Following the overturning of Roe, I stated clearly that I would be willing to support legislation that made progress in protecting life," Holcomb said in a statement.
The Indiana Senate approved the legislation 28 to 19 on Friday, just hours after the House passed it by a 62 to 38 vote.
GOP Rep. Wendy McNamara told reporters after the vote in the House that the legislation makes Indiana "one of the most pro-life states in the nation."
Democratic Sen. Jean Breaux wore a green ribbon on her lapel on Friday to signify her support for abortion access.
GOP Sen. Mike Bohacek, whose 21-year-old-daughter has Down syndrome, said the legislation does not have adequate protections for women with disabilities who are raped.
Republican Sen. Sue Glick said she does not believe "all states will come down at the same place" but that most Indiana residents support aspects of the bill.
CONNECTICUT LAUNCHES ABORTION WEBSITE AND HOTLINE AFTER ROE VS. WADE REVERSAL CAUSED ‘CHAOS’CLICK HERE TO GET THE FOX NEWS APPThe ban will take effect on September 15.
Indiana Senate Democrats lashed over the ban on Twitter.
Source