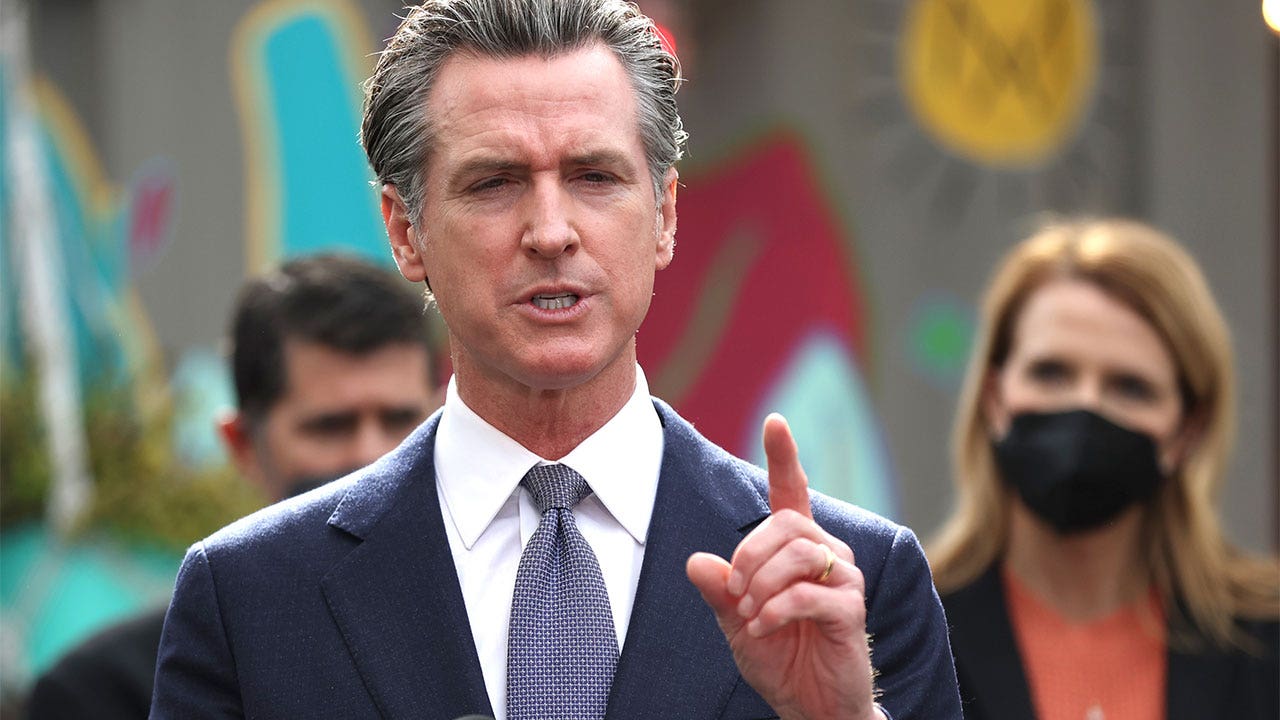 California Gov.
Gavin Newsom said he looks forward to the day when the National Rifle Association (NRA) "is obsolete" after the gun-rights group called him a hypocrite for his remarks on the Second Amendment while flanked by armed guards.
The NRA criticized Newsom after he told CBS Evening News that the Second Amendment was becoming a "suicide pact" while walking in Monterey Park, California, the scene where 11 people were killed and several others were wounded in a mass shooting over the weekend.
FATIGUE, FRUSTRATION BUILD AS CA SEES 3RD MASS SHOOTING IN OVER A WEEK"Gov.
Newsom made that statement while flanked by at least four armed guards," Amy Hunter, the NRA's director for media relations, told Fox News Digital on Tuesday.
"That is the definition of hypocrisy."
"I look forward to the day your trash organization is obsolete."
Fox News Digital has reached put to the NRA.
During his interview, Newsom commented on gun rights, while noting that congressional lawmakers have not made any inroads on addressing access to firearms, despite the proliferation of mass shootings in recent years.
"The Second Amendment's becoming a suicide pact, it feels like," he said.
The state has mandatory waiting periods and background checks to purchase a firearm.
Also banned are military-style weapons.
Source