What justices said to get confirmed vs. what's in the draft opinion overturning Roe 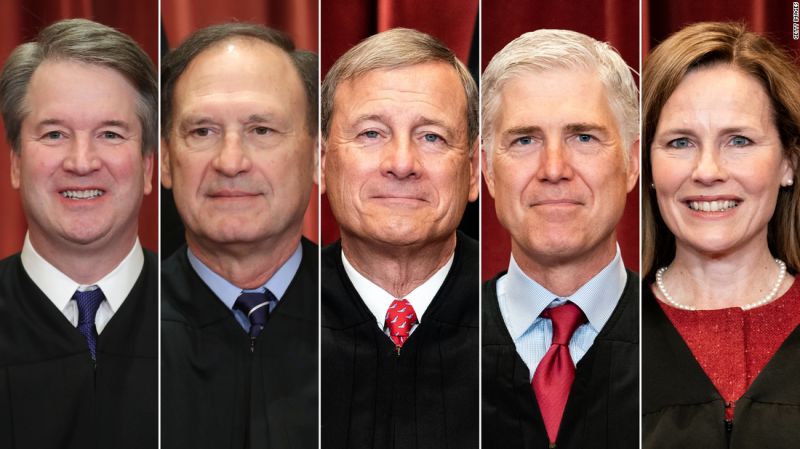 CNN —The Supreme Court may be poised to take back American women’s right to an abortion.
A draft opinion published by Politico on Monday and written by Justice Samuel Alito appears to have the support of four other Republican-appointed justices.
Things could still change, but the draft eviscerates Roe v. Wade and would overturn decades of law founded on privacy rights.
RELATED: Read the full report on the draft opinion and the Mississippi case on which it focuses.
Justices would never pledge to uphold the law during confirmation, but they paid it great deference as a precedent.
Senator feels misledSenators who support abortion rights voted to confirm some of these justices assuming they would respect the precedent.
Draft opinion eviscerates Roe v. WadeIn the draft opinion, Alito calls the Roe decision “egregiously wrong” and “exceptionally weak” and argues Roe must be overturned.
Clarence Thomas hadn’t given it much thoughtYears earlier, in 1991, then-nominee Clarence Thomas told senators he hadn’t given the issue of Roe v. Wade much thought.
It’s not what judges do,” Gorsuch said during his confirmation hearing when asked how he would have reacted if Trump asked him to overturn Roe v. Wade.
But at his confirmation hearing, he said he understood it.
“As a general proposition, I understand the importance of the precedent set forth in Roe v. Wade,” Kavanaugh told senators, although he defended decisions he had made as an appeals court judge that limited access to abortions.
Read CNN’s report from his 2018 confirmation hearing.
Source