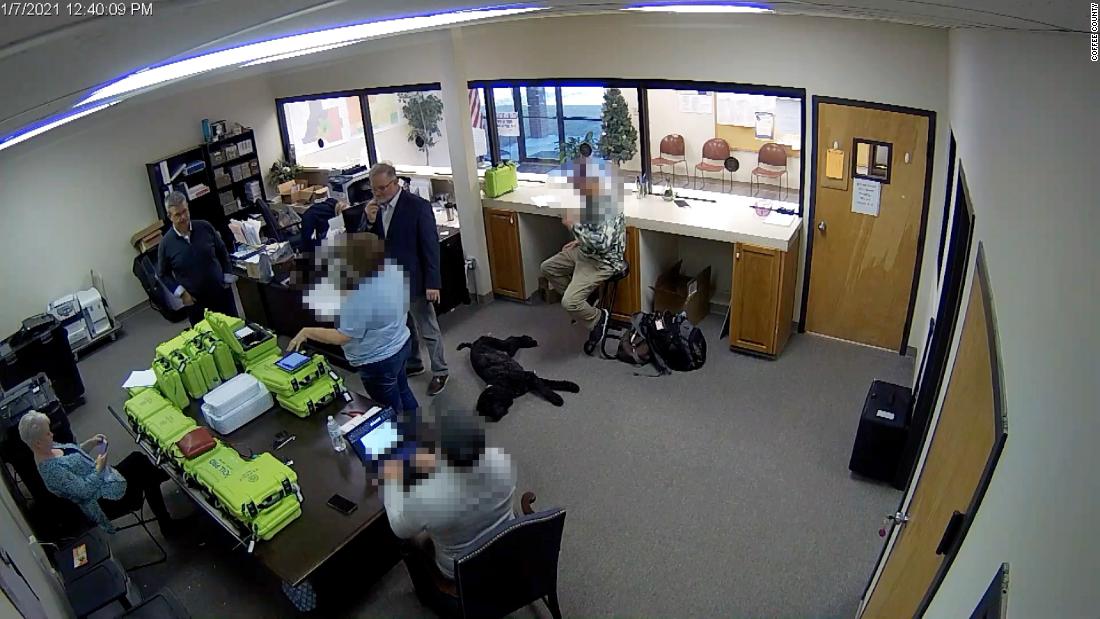 Washington (CNN) Newly obtained surveillance video shows for the first time what happened inside a Georgia county elections office the day its voting systems are known to have been breached on January 7, 2021.
A Republican county official in Georgia and operatives working with an attorney for former President Donald Trump spent hours inside a restricted area of the Coffee County elections office that day.
Among those seen in the footage is Cathy Latham, a former GOP chairwoman of Coffee County who is under criminal investigation for posing as a fake elector in 2020.
CNN previously reported that Latham escorted operatives working with former Trump lawyer Sidney Powell through the front door of the elections office on January 7, 2021.
The new footage appears to undercut previous claims by Latham that she was not "personally involved" in the breach.
JUST WATCHED See video of ex-Georgia official escorting Trump operatives into election offices Replay More Videos ... MUST WATCH See video of ex-Georgia official escorting Trump operatives into election offices 02:20The new video, obtained as part of a years-long civil lawsuit in Georgia related to the security of voting systems there, shows Latham remained in the office for hours as those same operatives set up computers near election equipment and appear to access voting data.
The footage also features the two men Latham escorted into the building earlier that day, Scott Hall and Paul Maggio, both of whom have acknowledged they were part of a team that gained access to Coffee County's voting systems.
Source