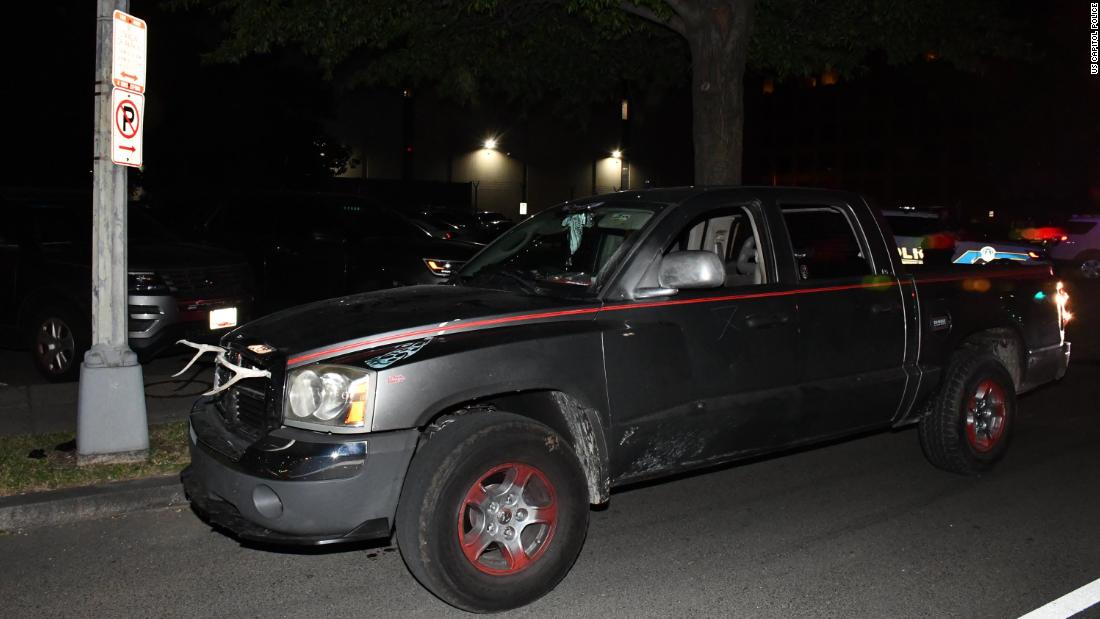 (CNN) The man who was caught with a machete and bayonet-style knife near the Democratic Party headquarters was formally charged Tuesday, as more details emerge of his White supremacist ideology.
US Capitol Police said they found Donald Craighead with the two weapons in his truck on Monday, and that the vehicle was outfitted with neo-Nazi symbols, including a swastika in the driver's-side mirror.
During a brief court appearance Tuesday, he pleaded not guilty to one count of carrying a dangerous weapon outside the home.
The charge is a felony and Craighead could receive up to five years in prison if he is convicted, though defendants often receive far less than the statutory maximum punishment.
Affidavits from investigators contained new detail about the weapons.
The machete was 21-inches long while the other knife, which police initially described as a "bayonet" on Monday, was actually a large hunting knife with a 7.5-inch blade.
During the hearing, a defense attorney requested a psychological evaluation for Craighead.
Investigators who interviewed Craighead said he appeared delusional and exhibited classic signs of mental illness.
Source