Key vote to protect access to abortion fails in the Senate 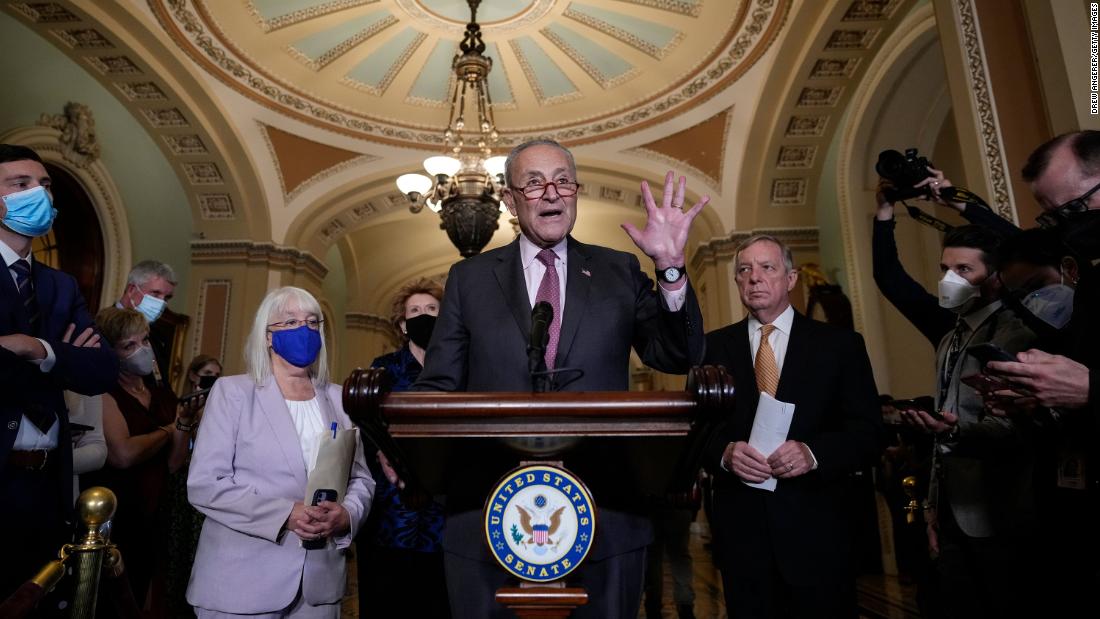 (CNN) A key vote on the Women's Health Protection Act, a Democrat-led bill aimed at preserving access to abortion nationwide, failed in the Senate on Wednesday.
But the outcome of the vote nevertheless underscores how Democrats are severely limited in what they can achieve with their narrow Senate majority.
At the same time, the party faces enormous pressure to take action on abortion rights amid fears that Roe v. Wade will soon be struck down.
Holding the vote provided an opportunity for Democrats to spotlight the issue and criticize Republican resistance to passage of the legislation.
President Joe Biden lashed out at Senate Republicans after the failed Senate vote.
Manchin told CNN ahead of Wednesday's vote he would be a "no" on the Democratic bill, arguing it's too broad.
He indicated he would support a codification of Roe v. Wade, but said this bill goes too far.
The Senate took up a version of the Women's Health Protection Act sponsored by Democratic Sen. Richard Blumenthal of Connecticut.
The bill would codify the right to access abortion into federal law and guarantee the right of health care providers to perform abortion services.
Senate Majority Leader Chuck Schumer called the vote one of the "most important" senators will take, "not only this session, but in this century."
Senate Minority Leader Mitch McConnell blasted Democrats for forcing the vote, arguing that "it would attack Americans' conscience rights and religious freedoms."
Earlier this week, more than a dozen abortion rights groups wrote a letter strongly opposing Murkowski and Collins' bill, arguing it "would not protect the right to abortion if Roe v. Wade is overruled."
Source