Ketanji Brown Jackson to join a Supreme Court in turmoil 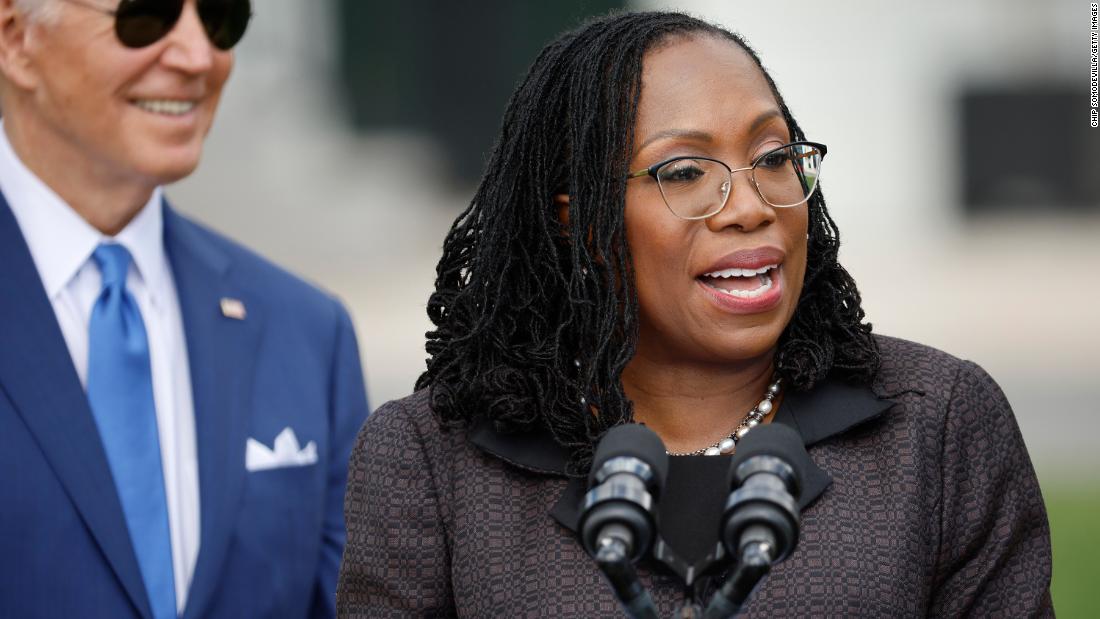 (CNN) Judge Ketanji Brown Jackson is set to join the Supreme Court on Thursday, making history as the first female African-American justice and beginning what could be a decades-long tenure.
But as she starts her job, the court is in turmoil.
The justices work to maintain civility in public, but this term's opinions revealed an underbelly of rage.
Related disputes will make their way back to the high court in some form, greeting the nine justices who are irretrievably divided on many social issues.
Jackson will be sworn in Thursday at noon ET at the Supreme Court.
Those who know Jackson say her time serving on the lower courts has prepared her for the high court and a divided multi-member body.
She is the court's first African-American woman, and will join Justice Amy Coney Barrett as the only other mother of school-age children.
But every time a new justice takes her seat, it changes the dynamic of the entire court.
Sotomayor, on the other hand, writes for the rafters , hoping her dissents will someday become majority opinions.
On the lower courts, Jackson was known for lengthy and meticulous opinions and had a reputation as a solid progressive.
"Justice Jackson will join a court that represents, with its conservative majority and more liberal dissenters, two starkly different visions of America and its Constitution," said Elizabeth Wydra, President of the liberal Constitutional Accountability Center.
"She will likely have no illusions about being immediately able to write majority opinions vindicating equal rights or furthering liberty in a way that allows all people and diverse communities to thrive," Wydra said.
Source