How abortion bans could be enforced if Roe v. Wade is reversed 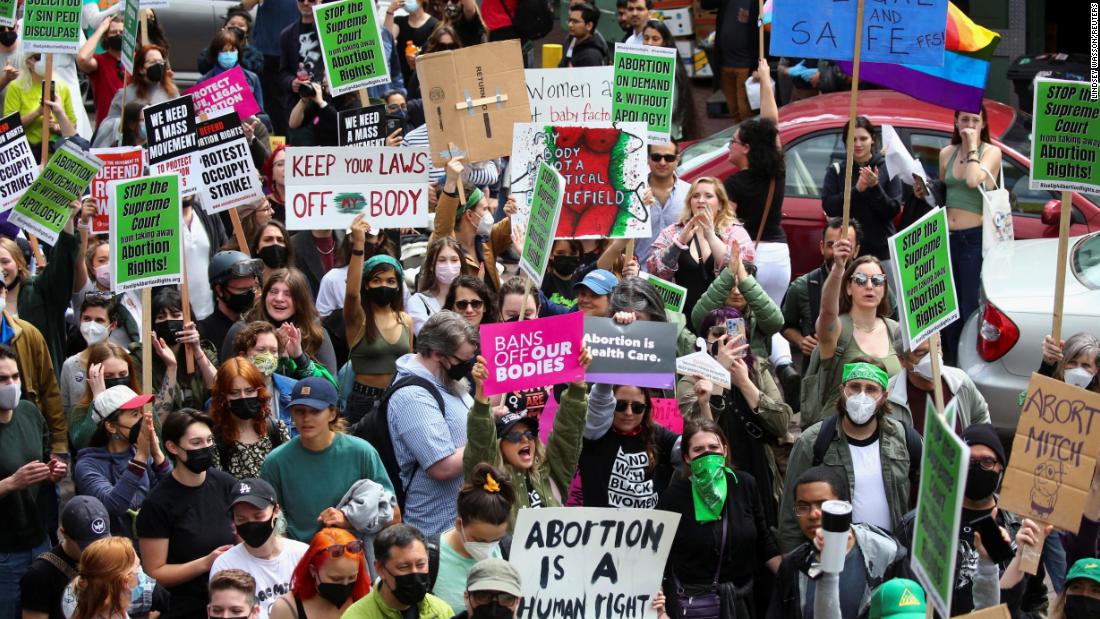 What has been the pattern abroad in countries that ban abortion, along with United States' own experience before Roe, previews a complicated and unequal enforcement landscape.
For years as they fought to overturn Roe v. Wade, leaders of the anti-abortion movement have stressed that prosecutions should be focused on abortion providers and others who facilitate the procedure, rather than the person seeking it.
Even if the woman herself is not criminally liable, she may still be dragged through the law enforcement process as part of prosecutors' efforts to investigate whether her pregnancy was illegally terminated.
"That is through the methods of enforcement: interrogating women who were seeking emergency services after having an abortion or trying to induce their own."
But in places where law enforcement officials seek to enforce abortion prohibitions, medical staff who provide treatment to women whose pregnancies have ended could also end up being a source of information for law enforcement officers.
Doctors are told that "if they don't report those women, they themselves can be subject to fines and other penalties," Oberman said.
Sussman's organization provides defense attorneys and other resources for people facing charges or investigations related to pregnancy and its outcomes.
If Roe is reversed, Sussman said, "I think that there will potentially be a lot more collaboration between health care providers and the police."
The Health Insurance Portability and Accountability Act -- a 1996 law also known as HIPAA that sets privacy standards for protecting patients' personal medical information -- has exceptions for law enforcement purposes, Sussman noted.
Another common tactic the organization has seen in its work is law enforcement using women's personal data to find evidence.
She felt her only option was to order abortion pills online Replay More Videos ... MUST WATCH She was 7 weeks pregnant.
"Let's say at two months, I'm thinking about having an abortion and I search for stuff.
Source