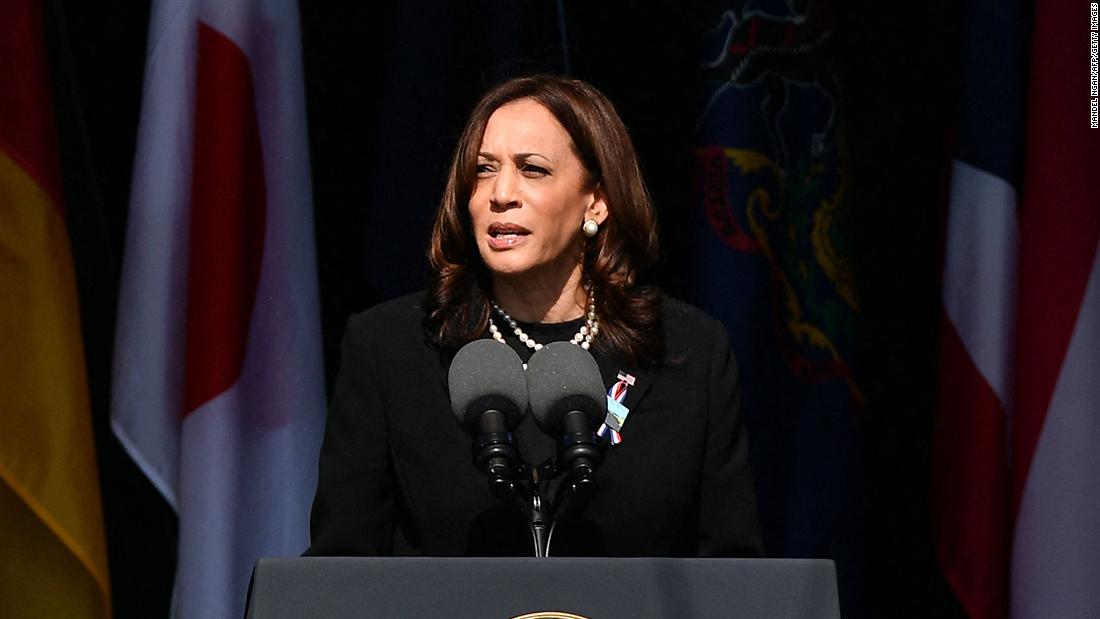 (CNN) A Miami nurse has pleaded guilty for threatening to kill Vice President Kamala Harris, the Justice Department announced.
Niviane Petit Phelps, 39, pleaded guilty on Friday to a six-count indictment, including charges of threats against the vice president.
Phelps is scheduled for sentencing on November 19.
She faces up to five years in federal prison.
Phelps admitted during a plea hearing in district court in Florida that she sent her husband, who was in prison, a 30-second video of herself threatening to kill Harris in February.
Prosecutors said the videos show Phelps making threats and screaming curse words.
She claimed that she had accepted $53,000 to carry out the "hit" against Harris within 50 days, the Justice Department said.
After sending these videos, Phelps sent a photograph of herself holding a firearm with a target sheet at a gun range.
Two days later, Phelps applied for a concealed weapon permit, prosecutors said.
Source