6 takeaways from Ohio and Indiana primaries 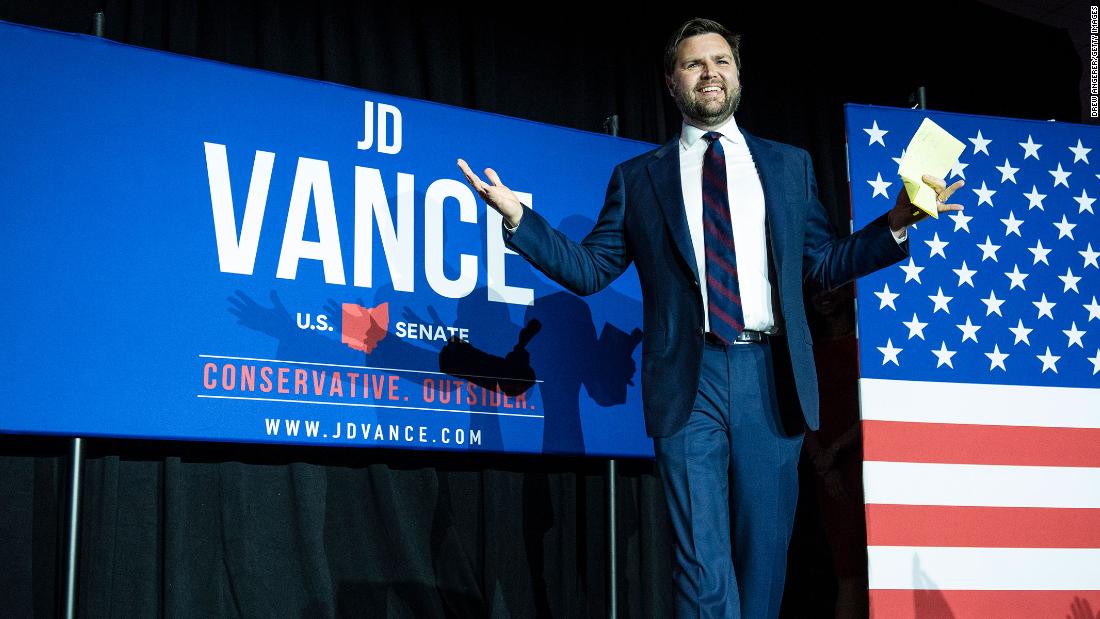 (CNN) Ohio's Republican Senate primary was the first major midterm test of former President Donald Trump's enduring influence over the Republican Party -- and Trump's candidate won.
It was the marquee contest of primaries in Ohio and Indiana on Tuesday in which incumbents and establishment-backed figures otherwise largely prevailed.
Mike DeWine easily bested Republicans who had criticized his handling of the coronavirus pandemic, while Democratic Rep. Shontel Brown cruised to victory in her Cleveland-area congressional district in a rematch against progressive Nina Turner.
At his rivals' events, voters said they had planned to vote for someone else -- but Trump's endorsement had given them pause.
He also copped to his biggest liability in the primary, telling Republican crowds bluntly that his past criticism of Trump had been wrong.
It didn't hurt that the Republican primary was a months-long demolition derby.
And he had already won over Trump's GOP acolytes -- he campaigned with Florida Rep. Matt Gaetz, Georgia Rep. Marjorie Taylor Greene and Donald Trump Jr.
The longtime congressman from Youngstown is the Democratic Party's last and best hope in Ohio, but his odds of winning in November are long.
It's a message aimed squarely at winning back voters who may have left the Democratic Party and voted for Trump.
"Ohio isn't a red state or blue state," Whaley said.
In neighboring Indiana, the other state that held its primary Tuesday, former state Sen. Erin Houchin -- who was a regional GOP chairwoman and an aide to former Sen. Dan Coats -- won a nine-way primary in the 9th congressional district.
McKinley, meanwhile, has establishment support -- including from Democratic Sen. Joe Manchin, who appeared in a television ad on McKinley's behalf.
Source