5 takeaways from Tuesday's elections in Colorado, Illinois and more 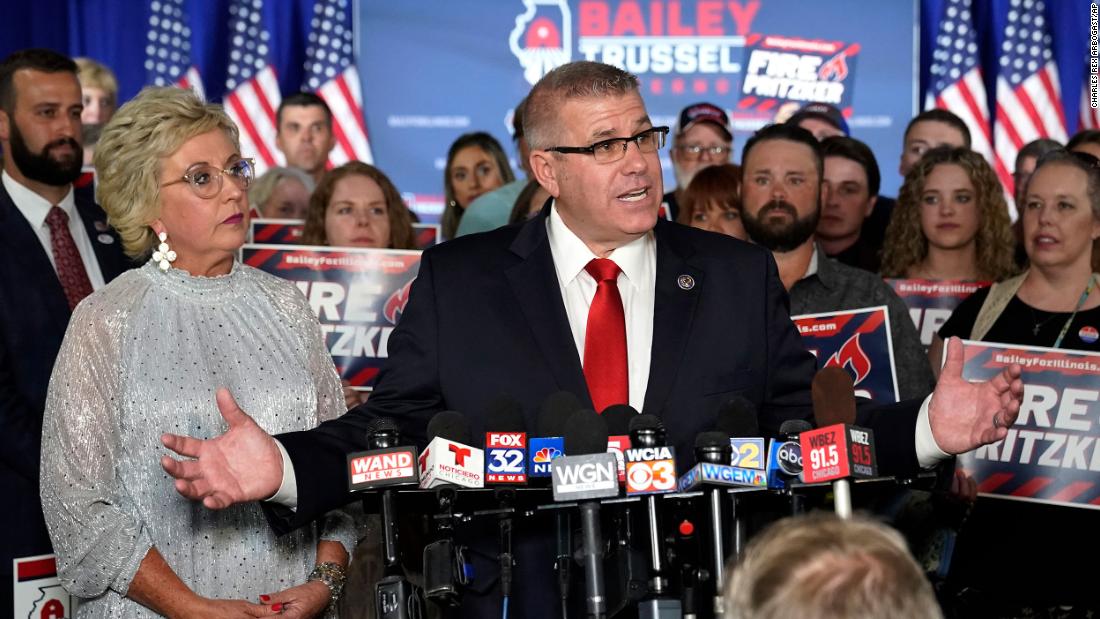 Here are five takeaways from Tuesday's elections:Colorado's election deniers are denied by GOP votersMany Republicans in Colorado were aghast at the prospect of Tina Peters, the indicted Mesa County clerk who has parroted Trump's falsehoods about voter fraud, taking over the state's elections machinery.
On Tuesday, those GOP voters rejected Peters' bid to take on Democratic Secretary of State Jena Griswold.
Instead, they nominated Pam Anderson, a former county clerk who has defended the integrity of Colorado's vote-by-mail system.
It was one of several races in which Colorado Republicans opted for more moderate candidates over those who have embraced Trump's election lies and staked out conservative positions on social issues.
In the primary to take on Democratic Sen. Michael Bennet, businessman Joe O'Dea, who supports abortion rights aside from late-term abortions, defeated state Rep. Ron Hanks, who opposes abortion in all cases.
And in the primary for governor, to square off against Democratic Gov.
But Illinois embraced Trump's candidatesIt was a much different story in Illinois, another Democratic-leaning state where Republicans hope that economic and historical factors tilting in their favor this year will lead to surprises in November.
Darren Bailey, a conservative state senator who was endorsed by Trump and backed by billionaire Republican donor Dick Uihlein, won the gubernatorial primary.
Casten defeats Newman in incumbent vs. incumbent Illinois primaryElsewhere in Illinois, Democratic Rep. Sean Casten will win his party's nomination for the 6th Congressional District, defeating another Democratic House member, Rep. Marie Newman, in another incumbent vs. incumbent contest resulting from last year's redistricting process.
Later that night, he posted pictures online of him and his son eating at a local restaurant during the event.
Illinois Rep. Danny Davis defeats tougher challengeTwo years ago, long-time Illinois Democratic Rep. Danny Davis easily defeated a progressive challenger, community organizer Kina Collins.
I knew when it was time to retire, and I think it's time he does," Solan said.
Source