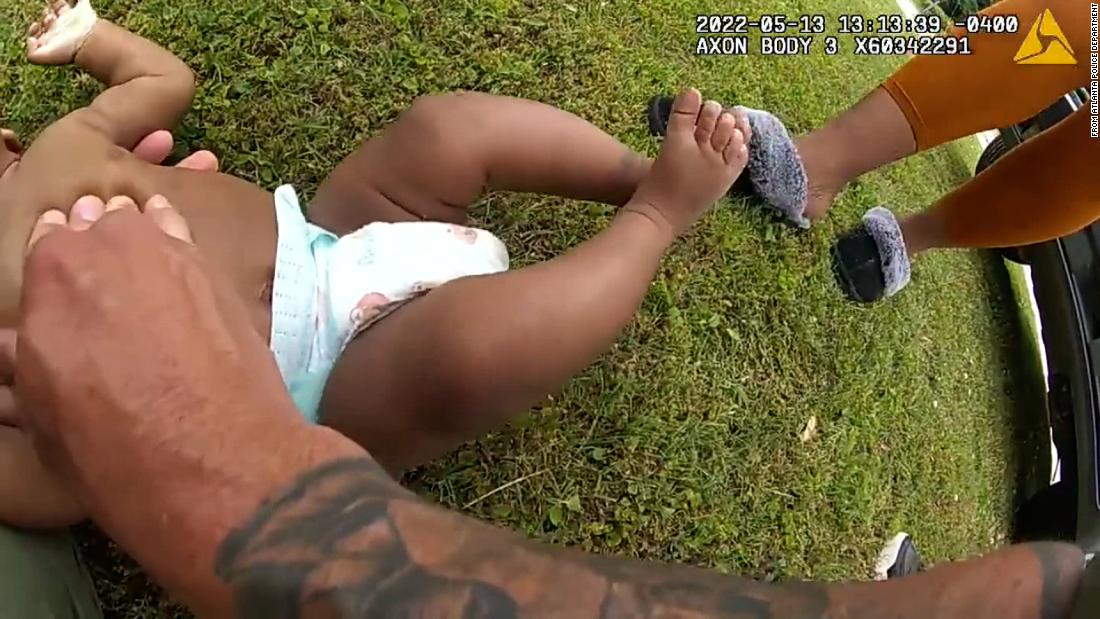 (CNN) An Atlanta police officer saved an unresponsive 4-month-old baby after performing CPR on him Friday, the department said.
The fortuitous encounter happened around noon when SWAT officer Robert Oden saw a vehicle driving down the street with its hazards on and the car horn "frantically blowing," the Atlanta Police Department said in a statement.
Oden, who was patrolling the area, decided to follow the car in the event of an emergency.
After the vehicle parked at a fire station the occupants got out and ran over to Oden for help, the statement said.
Footage from Oden's body camera -- released by APD -- shows the life-saving moments.
At the start of the video, a frantic woman is seen running over to Oden with a baby in her arms.
"He's not responding," she's heard saying, later exclaiming: "Oh my God."
Source