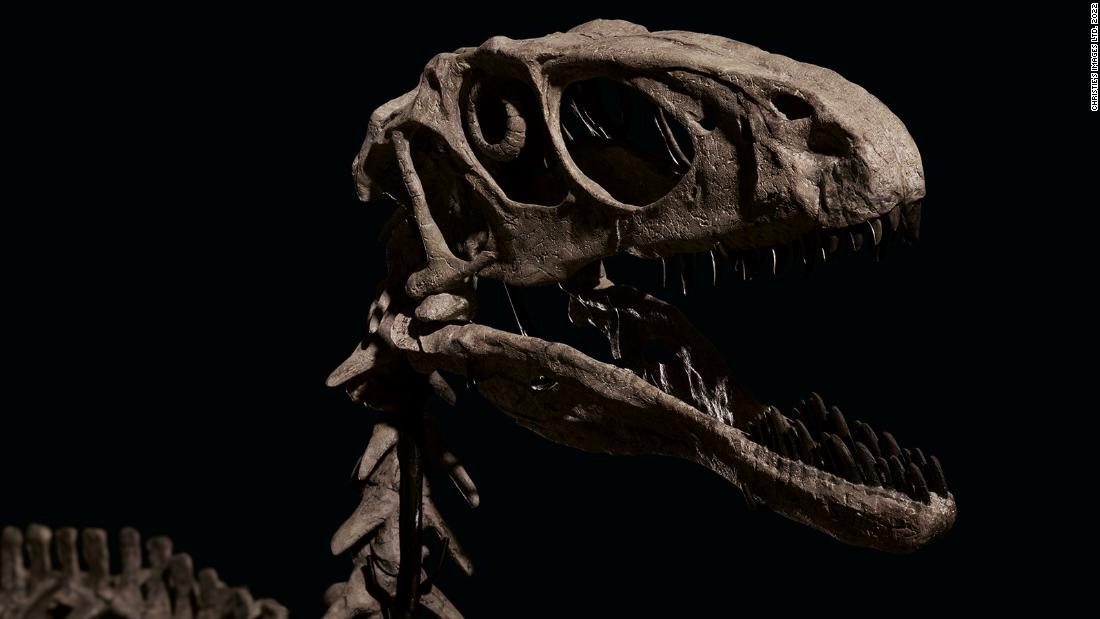 Written by By Zoe Sottile, CNNHis name is "Hector," he's over 100 million years old, and his fossils sold for more than $12 million in auction at Christie's.
Hector is the most complete skeleton of Deinonychus antirrhopus ever found, according to Christie's.
The specimen, excavated in Montana in 2013, dates back to the early Cretaceous period: 115 to 108 million years ago.
It's in a "remarkable state of preservation," the auction house says of the specimen, consisting of 126 original fossils on a custom-built frame.
The lot was expected to net between $4 million and $6 million, according to Christie's.
Instead, it sold for a jaw-dropping $12.4 million on Wednesday.
The 9-foot-long Deinonychus, which roamed western North America, was named for its distinctive and deadly claw on each foot, says the auction house.
Deinonychus means "terrible claw" in ancient Greek.
"Shaped like a sickle and held up off the ground when not in use so as to maintain its lethal sharpness, this claw was used to disembowel its prey," said Christie's.
The lethal talon might be familiar to fans of the iconic film series "Jurassic Park," in which conniving velociraptors kill park guests and battle a Tyrannosaurus rex.
However, in reality, Velociraptor was a small turkey-sized dinosaur found mostly in Mongolia.
Filmmakers lifted its name, but took most of the attributes from the larger Deinonychus, according to Christie's.
Source