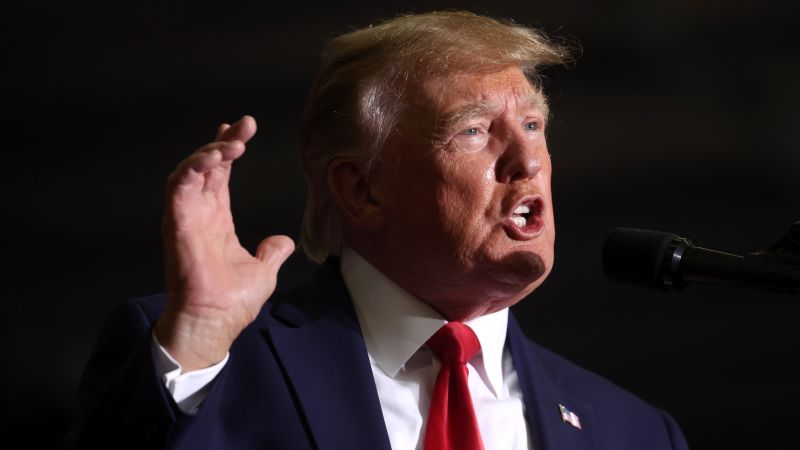 CNN —Georgia continues to be a vexing state for Donald Trump.
First, Trump became the first Republican to lose Georgia in a presidential election in 28 years, in 2020.
Then, Georgia emerged as the focal point of Trump’s unfounded claims of voter fraud, as he pushed state officials to overturn the election results – actions that are now under investigation by an Atlanta-area district attorney.
And to cap it off, despite (or perhaps because of) Trump’s best efforts, Republicans lost two Senate seats in Georgia in January 2021, handing Democrats control of the chamber.
Now, one of the former President’s top targets for defeat in 2022 – Georgia Gov.
Brian Kemp, one of the officials who refused to go along with Trump’s election schemes – has a commanding lead in the polls heading into the May 24 primary.
Pete Ricketts, who helped defeat a Trump-endorsed candidate in the state’s GOP gubernatorial primary this week, and Arizona Gov.
Doug Ducey, who has drawn Trump’s ire for certifying Joe Biden’s 2020 win in the state, are also scheduled to campaign for Kemp.
Chris Christie, a former Trump adviser who has become an outspoken critic of the former President.
And symbolically, there are few better places for those Republicans to make a stand than Georgia.
The Point: A loss in Georgia wouldn’t do much to threaten Trump’s status as the leader of the GOP.
But given his history there and the Republicans who have lined up against him, it would be an especially stinging one.
Source