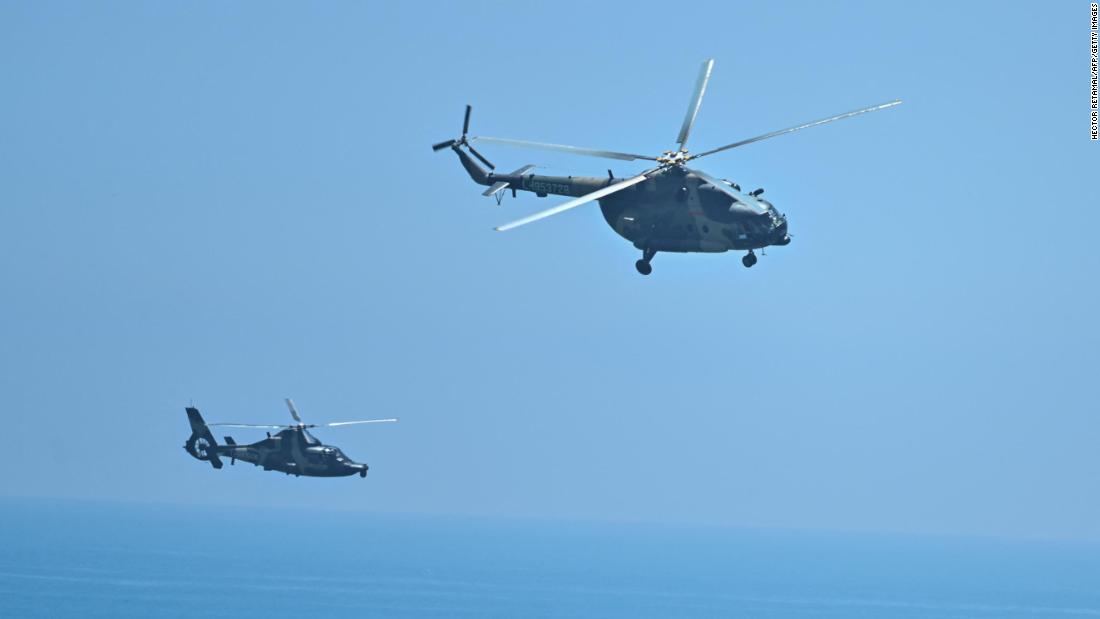 Hong Kong (CNN) Taiwan says it detected "multiple" Chinese aircraft and naval vessels taking part in military drills around the Taiwan Strait on Saturday, in what could be a possible simulated attack against the island.
The ministry said some of the aircraft and vessels had crossed the sensitive median line in the Taiwan Strait that separates the island from the Chinese mainland.
"Our military has broadcast warnings, deployed combat air patrol and naval vessels and activated land-based missile systems in response to the situation," said the ministry.
China has not yet issued any statements on the purpose of the military drills on Saturday.
The news follows a series of military drills that China has carried out around Taiwan since Thursday after US House Speaker Nancy Pelosi's controversial visit to the self-governing democratic island earlier this week.
Source