Rescuers race to free miners trapped in flooded mine in Mexico 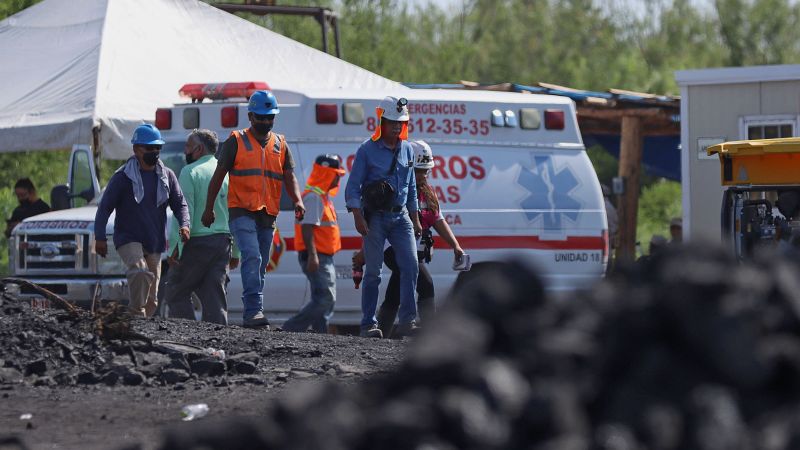 CNN —Ten miners have been trapped in a flooded coal mine in northern Mexico for over 24 hours, as rescuers battle to reach them.
The incident was reported Wednesday afternoon, when the miners encountered an abandoned tunnel with water that flooded the mine, authorities said.
“We have not slept, we are working day and night, uninterrupted,” said Velazquez on Thursday.
“We are strategically putting pumps in each of these wells to be able to extract the greatest amount of water and have immediate access to the mines and rescue the miners as soon as possible,” she said.
Marcos Gonzalez/AFP/Getty ImagesEarly on Thursday morning, six special forces divers joined the rescue operations, General Agustin Radilla said.
There has been no update on their findings as of yet, however.
“They say the water is rising…I want my husband to come out all right,” said the wife of one trapped miner, Erika Escobedo, to Reuters.
Mexican soldiers do rescue work at the coal mine.
In 2006, an explosion in a local mine killed 65 people.
In 2011, 14 miners were trapped and confirmed dead following another mine blast in Sabinas.
“Those responsible, the permits, the inspections, everything, all of that, we are leaving until after.
“But let’s not talk about that now, let’s look to save the miners.”
Source