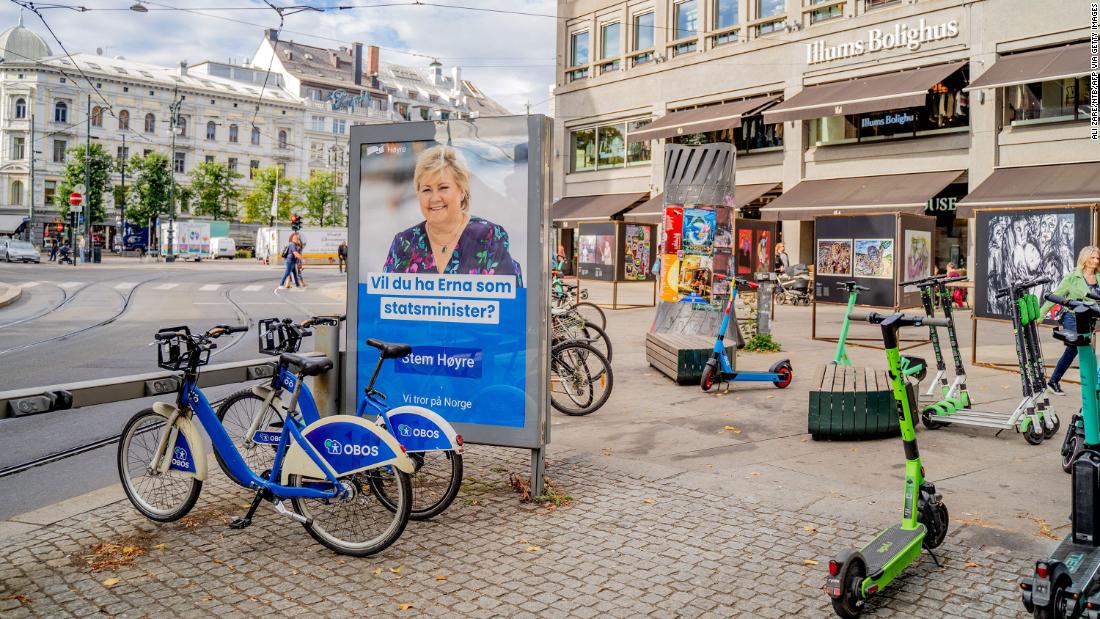 The initial results are not final, but in Norway, they give a fairly reliable picture of real results.
However, it will likely need the support of the Green Party, or another such small, climate-friendly outfit, which have been campaigning for an phase-out of the country's huge oil and gas industries.
"We have three green parties in Norway -- the Socialist Party, the Liberal Party and the Green Party," said Lars-Henrik Paarup Michelsen, the director of the Norwegian Climate Foundation.."The polls indicate that our next government will be led by the Labour party.
However, Labour will need the votes of at least one green party in order to get a majority in Parliament.
"Everyone' expects that climate policy will be tightened after the election," he added.
Both the Socialists and the Green Party posted gains in the election, according to the preliminary results.
The Greens were poised to secure seven seats in the parliament, a major gain from 2017 when it had just one.
However, Farstad added that the result is more nuanced, given the gains posted by the Center Party.
Norway is Europe's largest oil producer and the world's third-biggest natural gas exporter.
Its website displays a real-time value of the fund, so Norwegians can marvel at their seemingly ever-growing riches.
"It's less of an elephant in the room now ... there's an increased recognition that Norway is having a challenge."
While scientists say emissions need to be halved over this decade, largely by phasing out fossil fuels, Norway has not set a date to even end the exploration of oil and gas.
Source