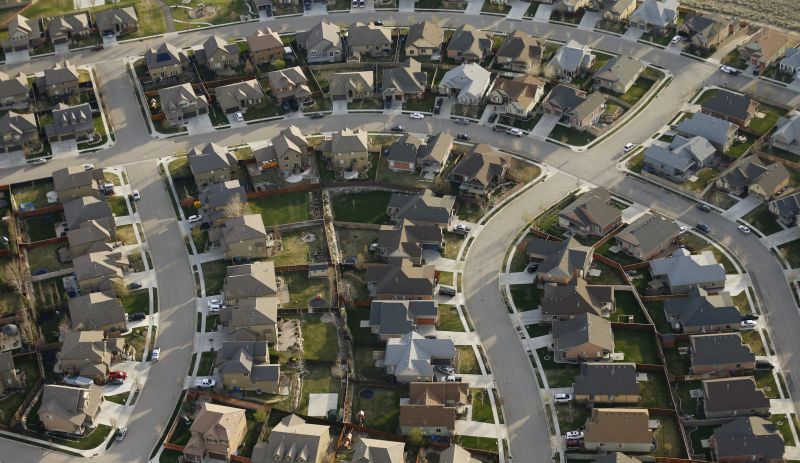 Mortgage rates jumped higher for the fifth week in a row, further pushing past 6% in the face of yet another aggressive interest rate hike by the Federal Reserve.
The 30-year fixed-rate mortgage averaged 6.29% in the week ending September 22, up from 6.02% the week before, according to Freddie Mac.
That is significantly higher than this time last year, when it was 2.88%, and it is the highest level seen since October 2008.
Mortgage rates have almost doubled since the start of this year.
But now all eyes are on the central bank’s campaign of interest rates hikes in its fight against inflation.
“The housing market continues to face headwinds as mortgage rates increase again this week,” said Sam Khater, Freddie Mac’s chief economist.
As a result of the higher rates, home prices have started to soften and sales have decreased.
The Fed does not set the interest rates borrowers pay on mortgages directly, but its actions influence them.
Mortgage rates tend to track the yield on 10-year US Treasury bonds.
As investors see or anticipate rate hikes, they often sell government bonds, which sends yields higher and mortgage rates rise.
The “reset,” he said, should help bring prices more closely in line with rents and other housing market fundamentals.
“For the longer term, what we need is supply and demand to get better aligned so housing prices go up reasonably and people can afford houses again.”Additional reporting contributed by Nicole Goodkind.
Source