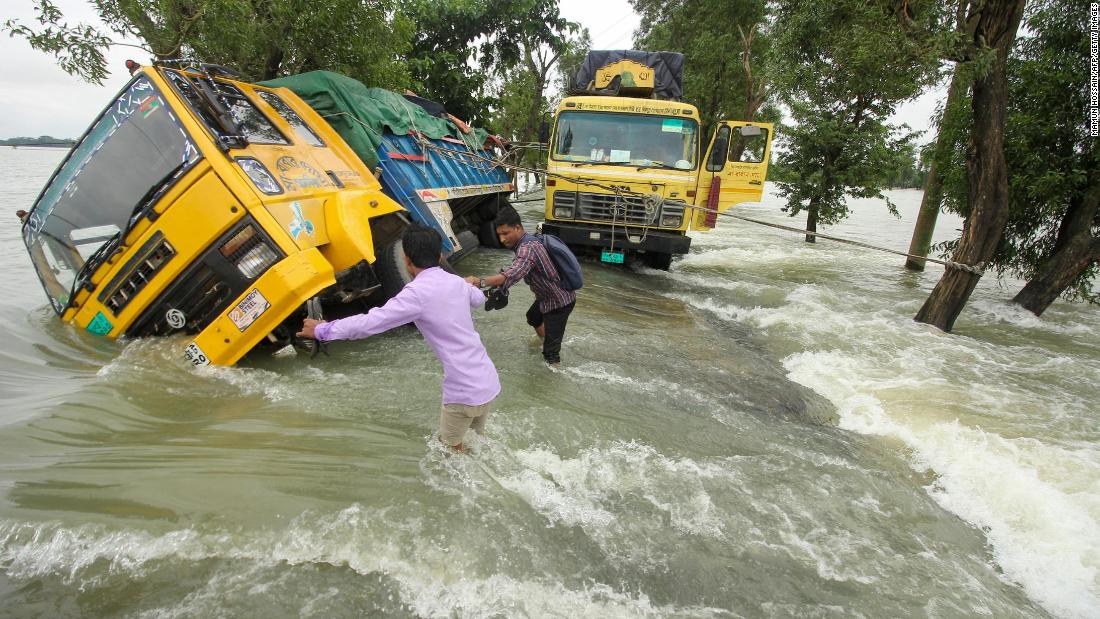 New Delhi Millions of people across India and Bangladesh have been affected by raging floods and landslides that left more than 100 people dead and entire communities devastated.
The South Asian nations, home to more than 1.3 billion people, have been particularly badly hit by the rains, prompting some of the worst flooding in the region in years, as extreme weather events become increasingly frequent due to the climate crisis.
In India, at least 48 people have died since June 14, after heavy rains battered the northeastern state of Assam, according to its disaster management authority, triggering landslides and causing river banks to swell.
More than 5.5 million people have been affected in the state alone, the authority added.
A man attempts to move his cattle through a flooded field to a safer place after heavy rains in Nagaon district, Assam, India, June 21, 2022.
Assam's Chief Minister, Himanta Biswa Sarma, on Tuesday visited one of the 1,687 relief camps, housing more than 260,000 displaced people in the state.
"Our Govt will soon launch a portal for the affected people to register their livestock loss and other damages caused by floodwaters," he wrote on Twitter.
"A flood relief package too will be announced shortly."
Source