Mexico's abortion ruling could make waves beyond its borders 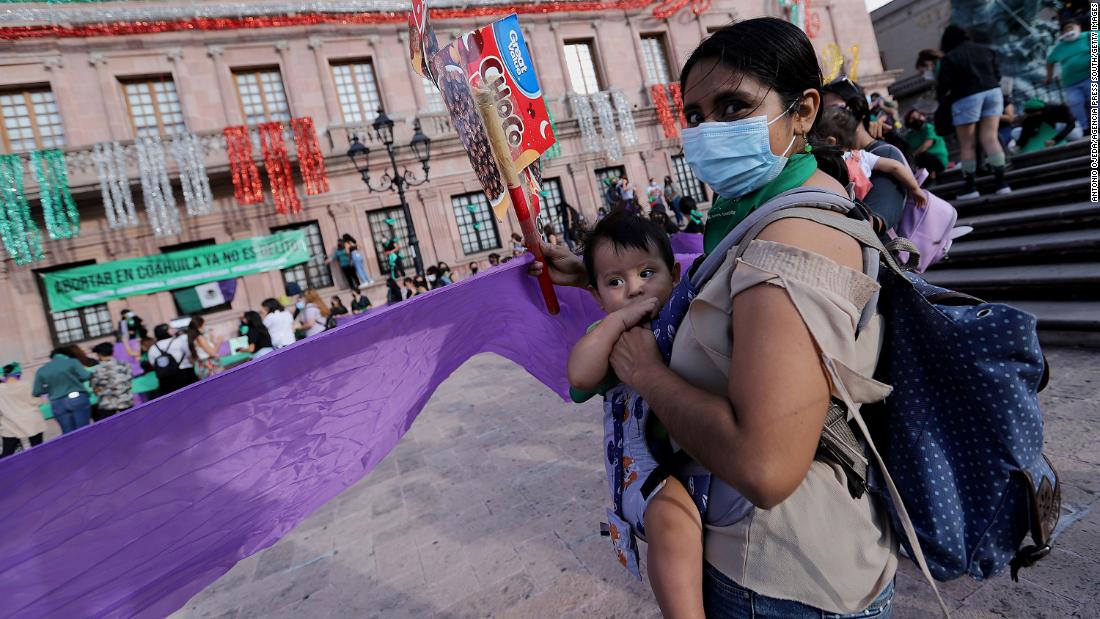 Mexico City (CNN) The ground literally shook on the day the Mexican Supreme Court decriminalized abortion : On September 7, a 7.0 magnitude earthquake struck the Mexican Pacific coast, rocking several states and killing one person.
But the shockwaves sent across the region by the court's abortion ruling will be felt for years to come.
In a unanimous vote, the court declared the local law unconstitutional, a ruling that doesn't automatically legalize abortion in the country, according to analysts consulted by CNN.
Pending cases must still be heard at the local level and laws restricting abortion in states across Mexico are still on the books.
However, it sets a powerful precedent for the rest of the country, which the Supreme Court justices acknowledged as they took the decision.
The ruling received high praise by women's and reproductive rights groups, but was blasted by conservatives and the Mexican Catholic Church.
Anti-abortion groups protest the Mexican Supreme Court ruling in Monterrey, the capital of northeastern state Nuevo León, on September 12.
A much awaited dayOn the day of the ruling, those in favor and against abortion had peacefully protested in front of the Mexican Supreme Court building.
The ruling is a blow to much of Mexico's vast and deep-rooted Catholic community.
Under Mexico's federal system, states can enact their own laws, but a ruling by the Supreme Court supersedes any local statutes.
A lot of Mexican women used to travel to the U.S. to have a safe and legal abortion.
Before the ruling, abortion was only legal in all of Mexico's states only when the pregnancy was the result of rape.
Source