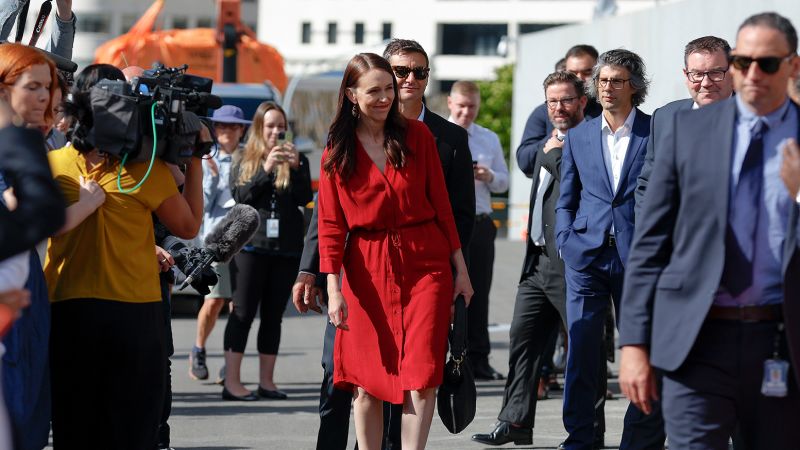 CNN —New Zealand welcomed a new prime minister on Wednesday, six days after Jacinda Ardern’s shock resignation ahead of an upcoming election.
Chris Hipkins, 44, was sworn in on Wednesday at an inauguration ceremony in the capital Wellington.
Hipkins was first elected to Parliament in 2008 and spearheaded the country’s Covid-19 policies in 2020.
Before becoming prime minister, he was minister of education, minister of police, minister for the public service, and leader of the house.
Hipkins was unanimously endorsed on Sunday by the ruling Labour party to succeed Ardern as its leader.
Videos show Ardern leaving Parliament on Wednesday to cheers and applause from onlookers.
Several lawmakers and members of staff had gathered outside, some of whom were clearly emotional as they said goodbye.
Ardern attended her last official outing as prime minister on Tuesday, joining the annual Māori religious festival in the village of Rātana with Hipkins.
So I leave feeling gratitude for having this wonderful role for so many years,” Ardern told reporters at the event.
“I would hate for anyone to view my departure as a negative commentary on New Zealand,” she added.
Ardern said the most important advice she gave Hipkins is “you do you.”“This is for him now.
Within a year, she had become only the second world leader to give birth in office.
Source