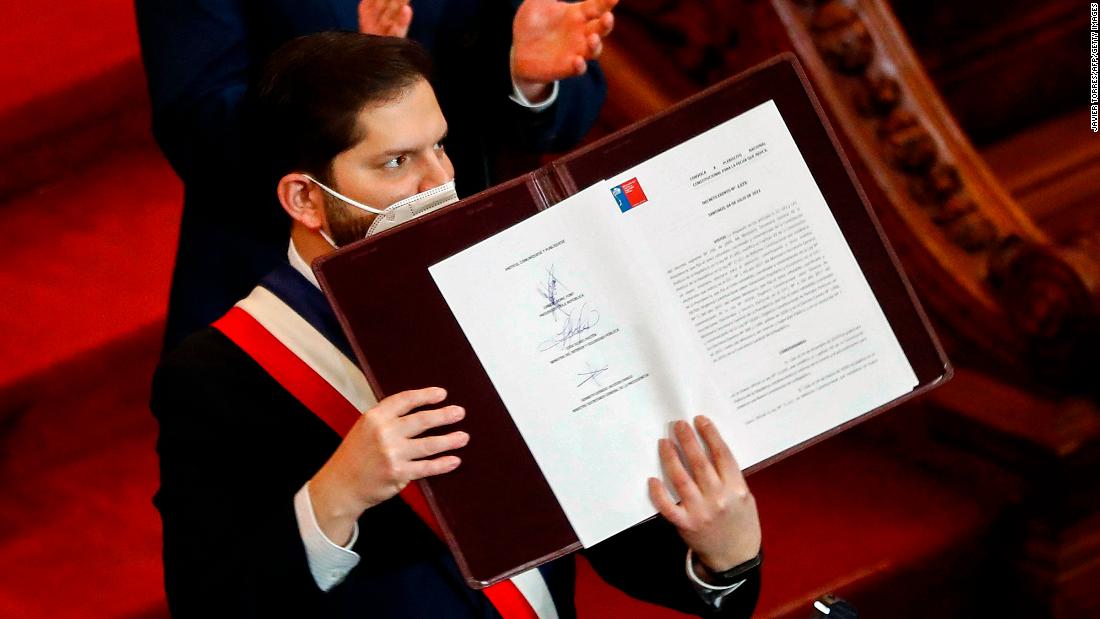 (CNN) Chile's Constitutional Assembly presented President Gabriel Boric with a historic proposal for a new constitution for the South American country on Monday.
Chileans will decide whether to adopt or reject the constitution in a nationwide plebiscite on September 4.
"I know, and all of Chile is conscious that this hasn't been easy.
And it's that, dear compatriots, democracy isn't easy," Boric said after receiving a copy of the draft document.
"Regardless of the legitimate differences that may exist regarding the content of the text which will be debated in the next months, there is something that all Chileans have to be proud about -- that in the moment of the most profound political, institutional and social crisis that our homeland has lived through in decades, Chileans opted for more democracy, not less," he said.
President Boric signing the proposal.
The proposed constitution marks a departure from country's existing constitution, which was written under the influence of University of Chicago economist Milton Friedman´s neoliberal model.
Despite many amendments, a majority of Chileans blame it for the country´s stark inequalities.
Source