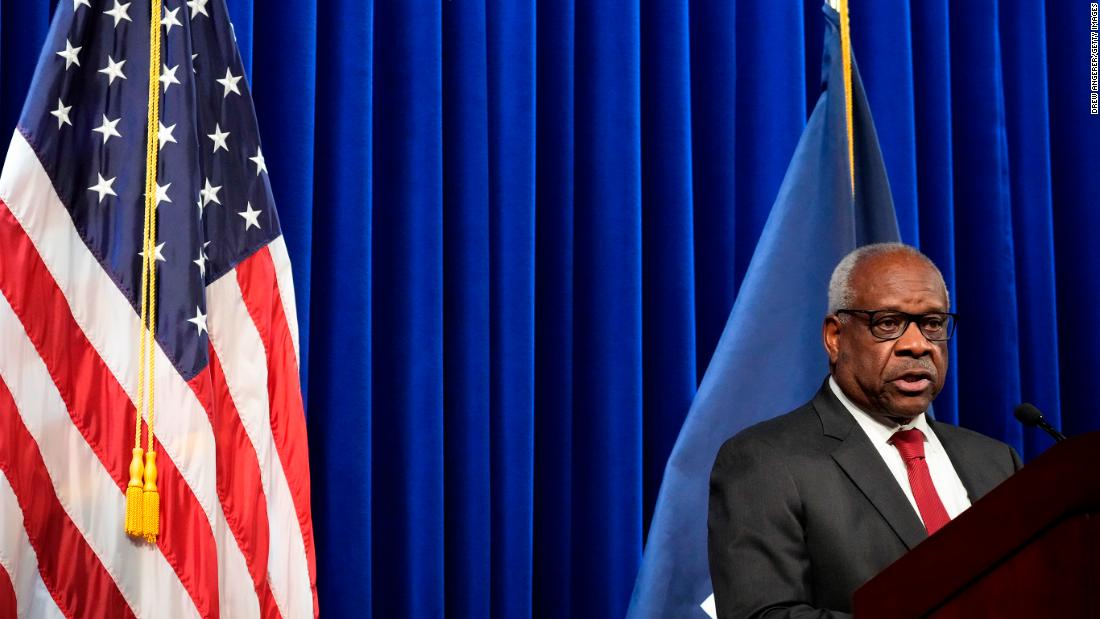 (CNN) Justice Clarence Thomas on Friday expressed dismay at the recent leak of a draft Supreme Court opinion that would strike down Roe v. Wade, comparing it to "an infidelity" and saying it has changed the culture of the nation's highest court.
"The institution that I'm a part of, if someone said that one line of one opinion would be leaked by anyone, you'd say, 'Oh, that's impossible.
No one would ever do that.'
There is such a belief in the rule of law, a belief in the court, a belief in what we were doing that that was verboten," Thomas said.
"It was beyond anyone's understanding, or at least anyone's imagination, that someone would do that."
The comments from the 73-year-old justice were delivered at an "Old Parkland Conference" event sponsored by the right-leaning American Enterprise Institute in Dallas.
The remarks echoed those he had made earlier this month in Atlanta, when he said government institutions shouldn't be "bullied" into delivering what some see as the preferred outcome.
Thomas was interviewed by former law clerk John Yoo, a law professor at the University of California at Berkeley and a senior fellow at the American Enterprise Institute, during a dinner event at the three-day conference focused on challenges facing Black Americans.
Asked by a member of the audience how Americans and Congress could better foster friendships despite differing ideologies, like the friendship between the late Justices Antonin Scalia and Ruth Bader Ginsburg , Thomas replied, "Well, I'm just worried about keeping it at the court now.
This is not the court of that era."
Source