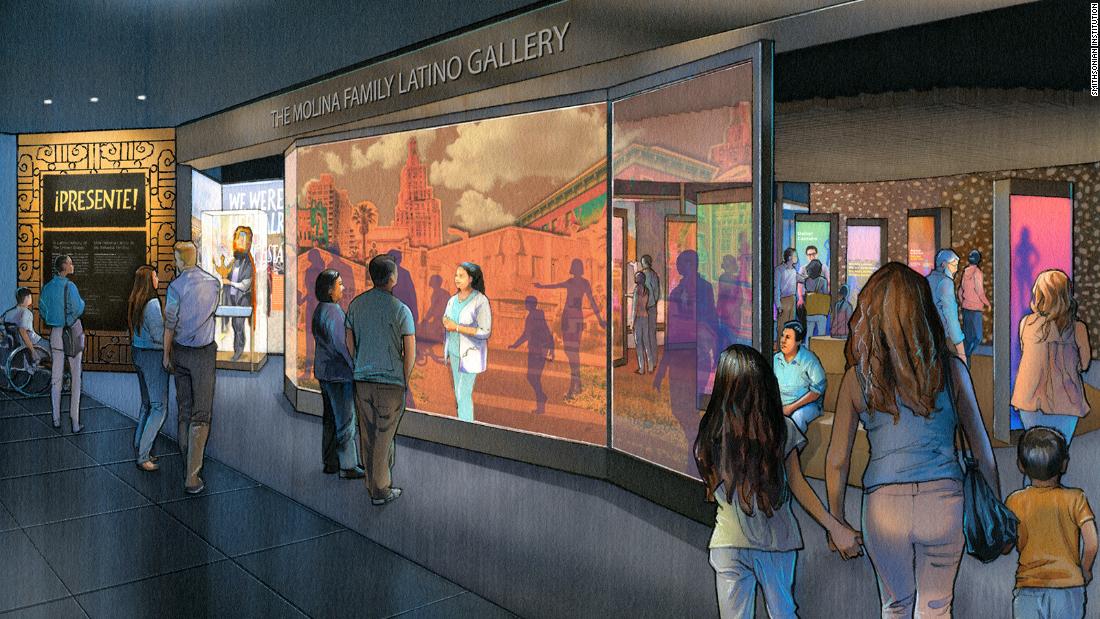 The National Museum of the American Latino will debut its inaugural gallery in the National Museum of American History on June 18.
The new American Latino museum likely won't open in its own building for at least another 10 years, but the Smithsonian will roll out exhibits until the museum finds its permanent home.
A Latino History of the United States," aims to "illuminate US Latinos' historical and cultural legacies," the Smithsonian said in a statement.
Inside the interactive gallery, which is named for the family of late Smithsonian donor David Molina, artifacts are organized by themes like "colonial legacies" and "immigration stories."
Celia Cruz, the "Queen of Salsa" and a prominent Afro Latino artist, will be honored in the American Latino museum's inaugural gallery.
It was also highlight Clemente , a Puerto Rican baseball player who primarily played for the Pittsburgh Pirates and used his platform over 18 seasons in the MLB to advocate for Puerto Rican children and Afro Latino people when segregation was still rampant throughout the US.
-- it became a rallying cry for Black Cubans whose ancestors had been enslaved on the island nation's sugar plantations.
Robert Clemente, considered one of the greatest Major League Baseball players of all time, advocated for Puerto Rican children throughout his 18 seasons in the league.
Credit: Bettmann Archive/Getty ImagesEduardo Díaz, acting deputy director of the American Latino museum, said 2022 was a "special year" for the gallery to open -- it's the 25th anniversary of the Latino Center's founding, which was a Smithsonian initiative to better represent Latino Americans within its walls.
But it wasn't until December 2020 that Congress approved the creation of the American Latino museum, as well as an American Women's History Museum .
Advocates had been calling for Congress and the Smithsonian to establish the American Latino museum for years.
An estimate of the cost had been presented via a presidential commission back in 2011.
Source