The pound is crashing. Larry Summers says it could break below $1 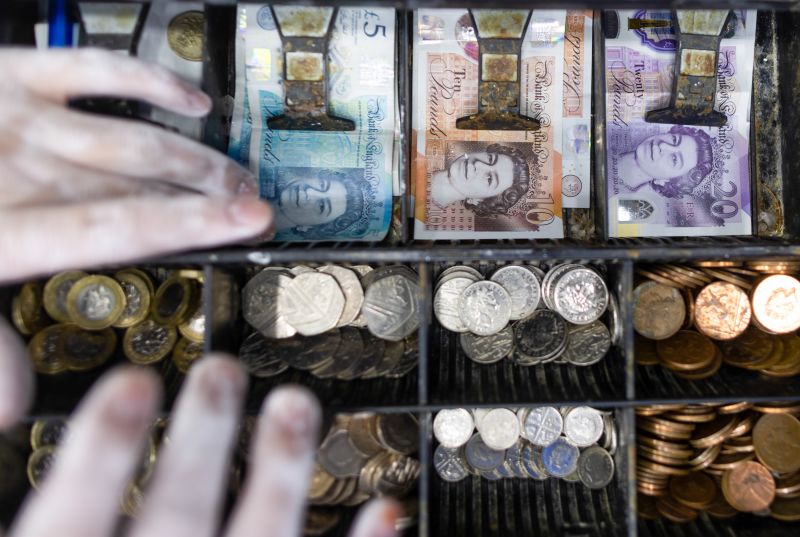 London CNN Business —When the UK government, led by new Prime Minister Liz Truss, unveiled its plan to rescue the British economy on Friday, the reaction from investors was instantaneous: They hated it.
The British pound crashed below $1.10 by mid-afternoon, hitting a new 37-year low against the greenback.
UK government bonds also sold off sharply.
The yield on the benchmark 10-year UK government bond, which moves opposite prices, leaped by a quarter percentage point — a very large move in the world of bond trading.
UK stocks, as measured by the FTSE 100 (UKX) in London, hit their lowest level since March.
But investors aren’t convinced that the unconventional approach will actually help the economy, which the Bank of England warned this week was already likely in a recession.
“It is extremely unusual for a developed market currency to weaken at the same time as yields are rising sharply.
But, this is exactly what has happened since [Kwarteng’s] announcement,” Deutsche Bank strategist George Saravelos said in a note to clients on Friday.
One worry is that will require a substantial increase in government borrowing at a time when interest rates are rising fast.
The Bank of England on Thursday pushed its key rate to its highest level since 2008.
“It makes me very sorry to say, but I think the UK is behaving a bit like an emerging market turning itself into a submerging market,” Summers said.
“We think the market may be underpricing the chances of parity.”
Source