The bill contains exceptions in cases of rape, incest, when the life of the mother is at risk and fatal fetal anomalies. It now goes to the governor's desk. 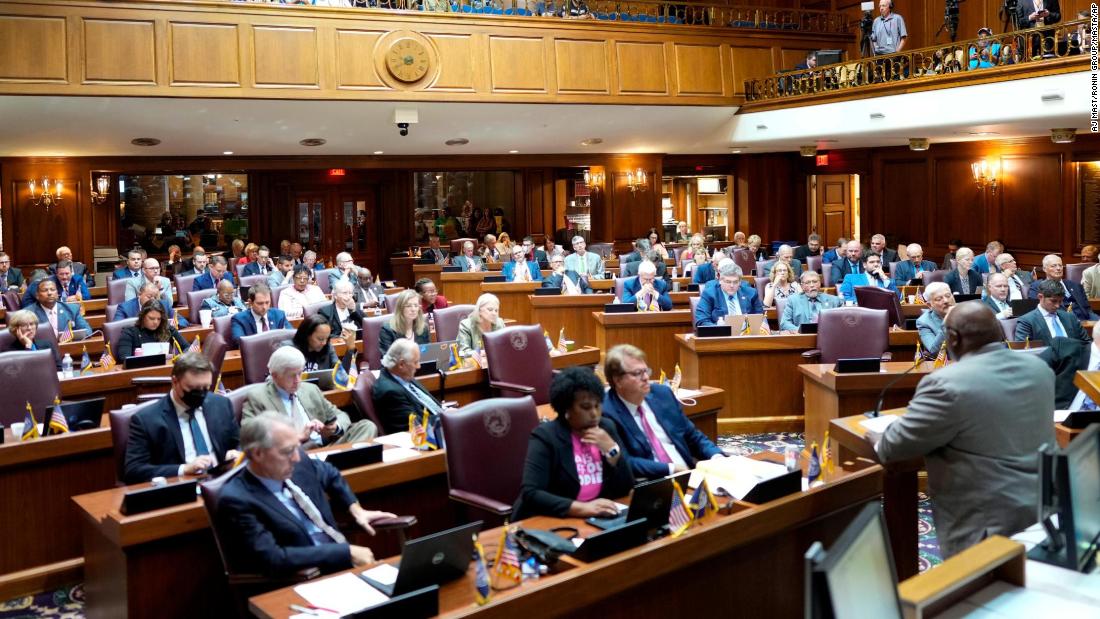 (CNN) The Indiana House and Senate on Friday passed a GOP-sponsored bill that would ban most abortions, the first state legislature to pass a restrictive law against the procedure since Roe v. Wade was overturned earlier this summer.
The bill, SB1 , now goes to Gov.
Eric Holcomb, a Republican who hasn't indicated whether he will sign it.
But he has previously voiced support for curtailing abortion in Indiana, tweeting that he was "pro-life," after the US Supreme Court decision to strike down Roe v. Wade in June.
"We have an opportunity to make progress in protecting the sanctity of life, and that's exactly what we will do," he added at the time.
The bill would provide exceptions for when the life of the mother is at risk and for fatal fetal anomalies, up to 20 weeks post-fertilization.
It would also allow exceptions for some abortions if the pregnancy was a result of rape or incest.
Indiana presently allows abortions up to 20 weeks after fertilization (or 22 weeks after the mother's last menstrual period).
Source