The $3.5 million spectacles said to ward off evil 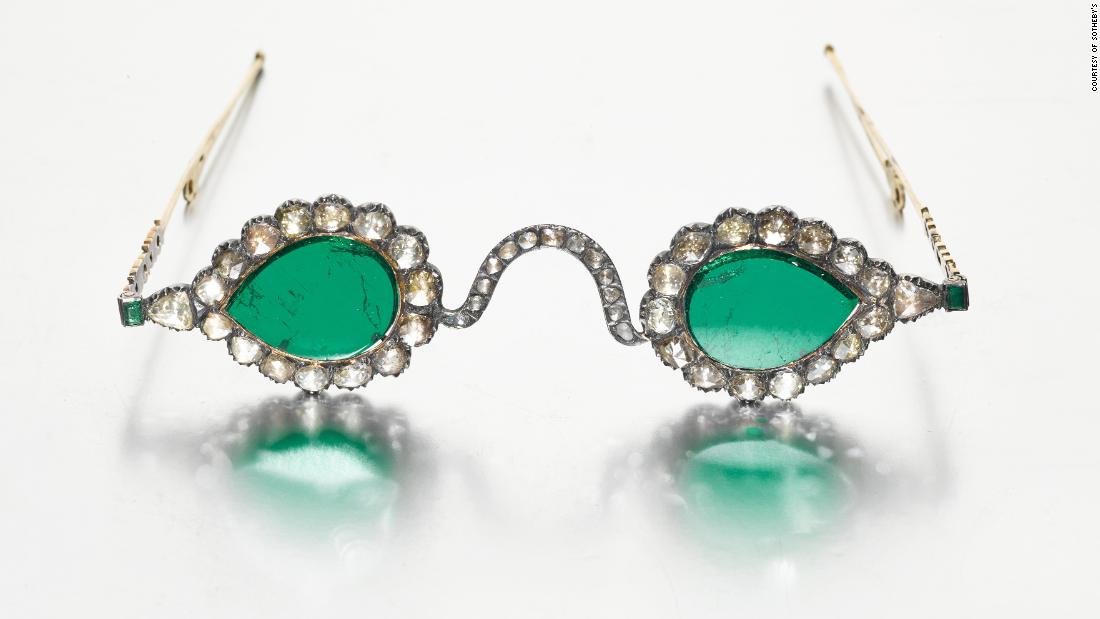 Written by Megan C. Hills, CNNTwo pairs of 17th-century glasses are expected to fetch millions of dollars at auction next month.
The spectacles are an exceptionally rare example of Mughal jewelry craftsmanship, according to chairman of Sotheby's Middle East and India, Edward Gibbs.
The spectacles are expected to fetch up to $3.5 million each.
Credit: Courtesy of Sotheby'sThe items' rarity is also down to the sheer size of their gemstone lenses.
He said, "Any gemstone of this size, magnitude or value would have been brought straight to the Mughal court."
The lenses of the "Halo of Light" spectacles are believed to have been cut from a single 200-carat diamond.
Royal precedentThe Mughal Empire was renowned for advancing jewelry craftsmanship across South Asia, and these spectacles are an example of its jewelers' talents.
In the 17th century, the Indian subcontinent was the "sole source of diamonds in the world," according to Gibbs.
France's King Charles V, meanwhile, is thought to have worn beryl spectacles in the 14th century.
The "Gate of Paradise" glasses are thought to have been cut from a Colombian emerald.
Credit: Courtesy of Sotheby'sSotheby's estimates the two pairs of spectacles will sell for between £1.5 million and £2.5 million ($2.1 million to $3.5 million) each.
"The current pop and celebrity embracing of these fashions is a testament to the enduring style and sophistication of Indian jewelry."
Source