How events unfolded after the killing of cyclist Anna Moriah Wilson 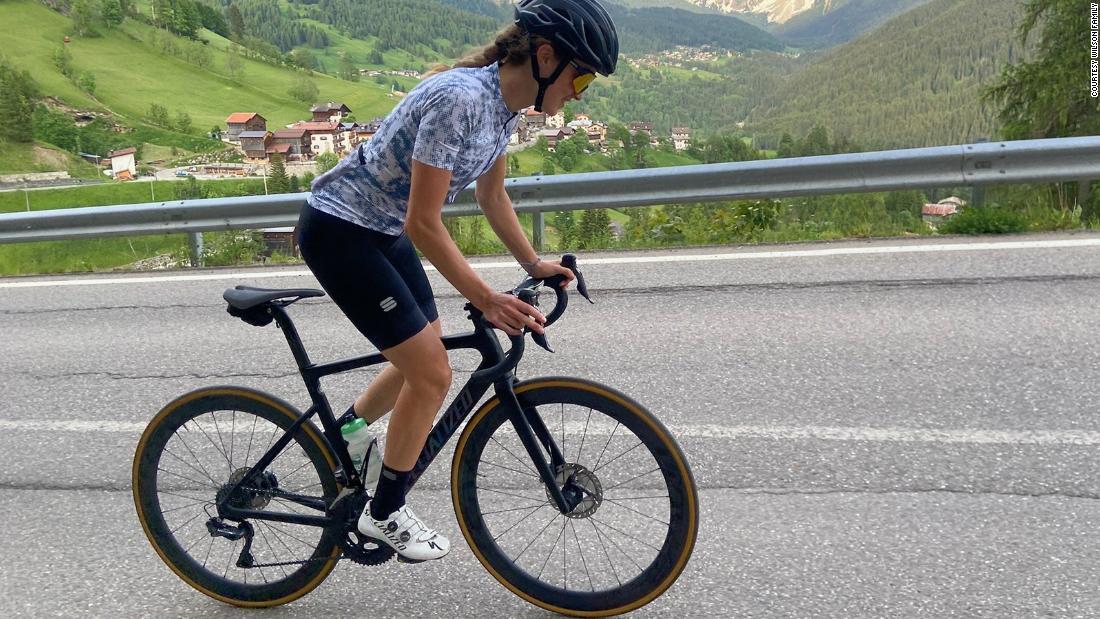 (CNN) Kaitlin Marie Armstrong, the woman suspected of fatally shooting 25-year-old elite cyclist Anna Moriah "Mo" Wilson in Texas in May, sold her Jeep to an Austin dealership, the US Marshals Service said Thursday.
Anna Moriah "Mo" Wilson.
Investigators from the Lone Star Fugitive Task Force learned that Armstrong sold her black Jeep Grand Cherokee to a CarMax dealership for $12,000 on May 13, the day after Austin authorities questioned her, a Marshals' statement said.
She boarded the flight out of Austin the next day.
Armstrong, 34, is a real estate agent and yoga teacher based in an Austin, Texas, and now a fugitive.
She is wanted for the May 11 shooting of Wilson, who had previously dated Armstrong's boyfriend -- 35-year-old professional cyclist Colin Strickland -- in what investigators believe may have been a violent act of romantic jealousy.
Here is what we know about the case:On May 11, the day of the killing, Wilson told her friend she was going for an afternoon swim with Strickland, days before the Gravel Locos race in Hico, where she was staying with a friend, according to an arrest affidavit filed in Travis County District Court.
Source