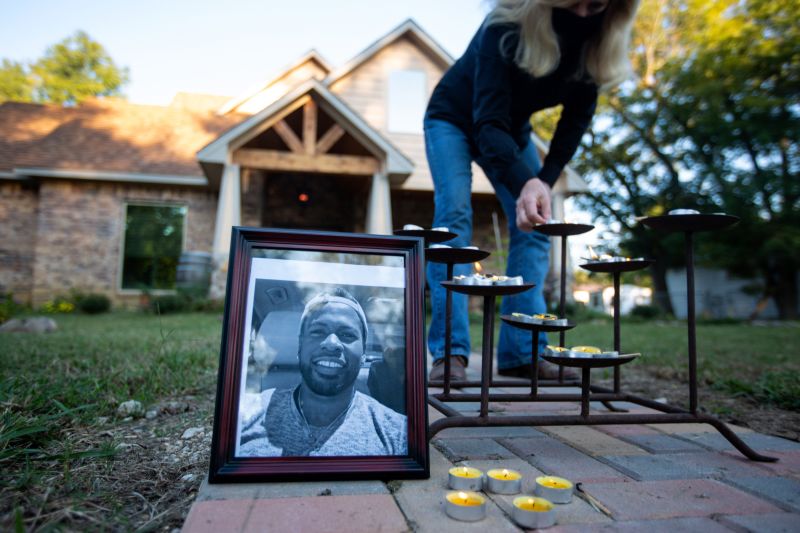 CNN —A jury in Hunt County, Texas, on Thursday found former Wolfe City Police officer Shaun Lucas not guilty of murder in the 2020 killing of Jonathan Price outside a convenience store, court records show.
Lucas, a 24-year-old White man, was charged with murdering Price, who was Black, after a preliminary investigation determined Lucas’ actions were unreasonable, authorities said.
Lucas was responding to a report of a disturbance and a fight in progress at the store in October 2020.
Price, who was 31, greeted him and tried to shake the officer’s hand.
Lucas thought Price was drunk and attempted to detain him, but Price told him, “I can’t be detained,” according to the affidavit.
“Officer Lucas continued to attempt to detain Price by grabbing Price’s arm and using verbal commands, which were both unsuccessful,” the affidavit says.
Lucas told Price he would be tased if he didn’t comply, and Price began to walk away, according to the affidavit.
Lucas used his Taser, but the device was not fully effective, and Price “continued to walk toward Officer Lucas” while being tased, according to the document.
“Price appeared to reach out and grab the end of Officer Lucas’ Taser,” and Lucas shot him four times in the upper torso, the affidavit states.
Lee Merritt, the attorney representing the Price family, said he is appealing to the Department of Justice to intervene and bring federal criminal charges against Lucas.
“Shaun Lucas was acquitted in rural Hunt County Texas by an all white jury,” Merritt said.
“Why this officer still felt the need to tase and shoot Jonathan is beyond comprehension.”
Source