Writer Arthur Herbert to Release Debut Novel The Cuts That Cure on May 11, 2021 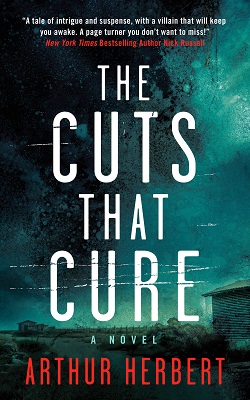 Writer Arthur Herbert is preparing for the launch of his debut novel The Cuts That Cure on 11th May 2021. The novel, a piece of psychological suspense with an element of mystery, tells the story of a burned-out surgeon who walks away from medicine to teach high school science in the south Texas town of Three Rivers. There, he unknowingly meets a teenage sociopath, an encounter that sets in motion a dark series of events that culminate in a vagrant’s murder. Chilling choices are forced and made in this vivid character study of life along the Mexican border. Of the book, New York Times Bestselling author Nick Russell said, “Arthur Herbert’s entry into the world of fiction is an excellent look at the struggles of a man who worked hard and sacrificed much to achieve his dream, only to find that in reality, it was a nightmare. The author has woven a tale of intrigue and suspense, with a villain that will keep you awake, listening for things that go bump in the night and leave you with the realization that true evil does exist in our world. Not just in big cities, but in small-town America from coast to coast. This is a page-turner that you don’t want to miss!" The book is being published by White Bird Publications, a publishing house based in Austin, Texas.

Herbert is working with California actor, director, and announcer Victor Warren as the narrator for The Cuts That Cure audiobook. Victor, a veteran narrator of many previous audiobooks, was the voice of Feast and Other Horrifying Tales which won the MLC’s 2020 Best Audiobook Award. Herbert said, “We auditioned sixteen different narrators, and while they were all very good, Victor’s audition really was head and shoulders above the rest. He does a Texas accent that’s pure Matthew McConaughey, thick and rich without being a cartoon. I have to admit that prior to the auditions I was nervous about entrusting Cuts to a stranger, and that’s why I’m so pleased to be working with Victor. He’s really brought the characters and the story to life in a manner that’s faithful to the way it sounds in my head.”

Born and raised in small-town Texas, Arthur Herbert worked on offshore oil rigs, as a bartender, a landscaper at a trailer park, and as a social worker before going to medical school. He’s worked as a board-certified trauma and burn surgeon for seventeen years and continues to run a thriving practice. “My path to being a surgeon was nontraditional,” he says. “I was an English major in college and did a lot of eclectic jobs before figuring it all out and going to med school. Those things give you perspective. I’ve done interviews with med school applicants for a lot of years, and they all tend to have the same background of lab work, research, and volunteerism. But few if any of them have ever had a job where your back hurts at the end of the day, you know? Not many of them have ever had to roll loose change to pay a light bill. Those experiences have not only made me a better doctor but a better writer as well, I think.” 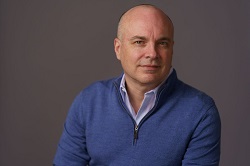 Herbert is finishing the first draft of his second novel, a mystery with the working title Strutting Through the Storm. “The most common question people ask me is, given the demands of a busy surgical practice, how do I manage to find time to write? I tell them you can’t find the time, you’ve got to make the time. On the days that I write fiction, I get up at 3:15 in the morning and I write until 5:30 when I start getting cleaned up to head to the hospital for the operating room’s 7:00 am start. It’s great because the world is still quiet and it’s easy to immerse myself. Then I set pretty ambitious word count goals for the weekends that I’m not working, usually four thousand new words. I’m not going to lie, it was hard at first. It made me feel like a surgery intern all over again, getting up at three o’clock in the morning. But now I’ve trained my body so that from the time my feet hit the floor, I’m awake and ready to get to work.”

On what the future holds for his writing career, Herbert said, “This has all unfolded in such an unpredictable way that it makes me snaky to try talking about the future. You’ve got to understand, I didn’t set out to write the first book, it just sort of happened. Then suddenly it went from this thing in my head to contracts and publishers and lawyers being involved. It got real in a hurry. But story-telling is still fun, and I think it’s become clear that I’m not embarrassing myself by putting my writing out there for the world to see. I’m getting to that age where you start thinking about what life after surgery will look like. The early success I’ve been fortunate enough to have with Cuts and my short fiction makes me hopeful that I can continue down that road whenever patient care is done however many years from now.”

Arthur lives in New Orleans with his wife Amy and their four dogs. He’s active on social media, and interested readers can keep up with updates by heading to his website at ArthurHerbertWriter.com.

For more information about Arthur Herbert , contact the company here: