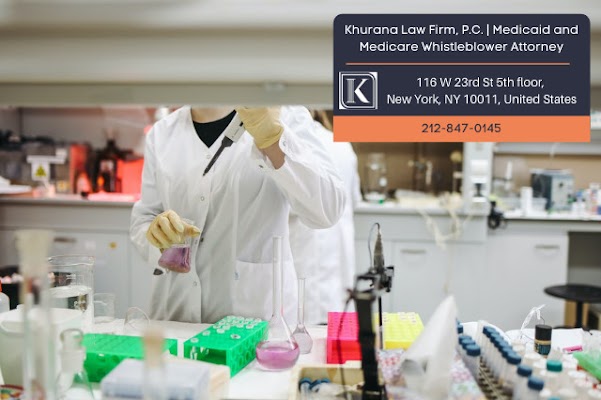 Medicaid whistleblower lawyer Bob Khurana also mentions in the blog post that the pathology practice made false representations in connection with submissions to the Centers for Medicare & Medicaid Services (CMS) under Current Procedural Terminology (CPT) between Jan. 1, 2015, and Dec. 31, 2020.

The lawyer explains in the blog post that Princeton Pathology refused to provide written support for medical records despite the CPT codes requiring written analysis from a pathologist. Princeton Pathology charged Medicare for tests that were not required, which resulted in Medicare paying more than it should have.

In the blog post, attorney Khurana also quotes the HHS-OIG Special Agent in Charge, Scott J. Lampert. The agent-in-charge mentions that “Submitting claims for unsubstantiated services threatens the integrity of the Medicare program and will not be tolerated. We will continue to protect patients and taxpayers by holding accountable providers who endanger the integrity of federal health care programs and the beneficiaries they serve.”

Furthermore, the whistleblower lawyer adds that the case was initiated by a qui tam complaint filed under the False Claims Act. The whistleblower, who is an internal medicine specialist from Orange, NJ, will be receiving $456,000 of the settlement amount for providing information that led to the case.

Lastly, attorney Arvind Bob Khurana encourages everyone to report any fraudulent activities they come across right away. The fraud happening in the healthcare system has cost tens to billions of dollars each year. This is threatening the integrity and security of Medicare. Representatives from DOJ encouraged people with non-public information concerning medical system violations and encouraged them to report the abuse.