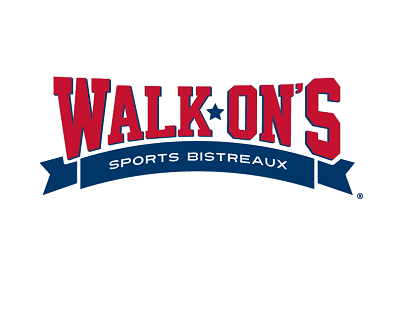 The very first Walk-On’s was established near the Tiger Stadium of Louisiana State University (LSU) in Baton Rouge on September 9, 2003. Founders Brandon Landry and Jack Warner, who both played as walk-ons for the LSU basketball team, had visualized such a sports restaurant a few years back when they had been traveling across the United States with their team, and they happened to come across some of the best restaurants and sports bars in the U.S. In 2000, while on a plane back from a road game at the University of Tennessee, they sketched on the back of a napkin the outline of the floor plan for their very first sports restaurant.

Nine years later, all of their hard work and dedication as they expanded their business to different locations all over south Louisiana, paid off as they received their first award, which was the #1 Sports Bar in America, according to ESPN. Three years later, in 2015, NFL All-Pro Quarterback Drew Brees joined the business as co-owner of Walk-On’s. It was also in 2015 that they started to focus on franchising as a way to expand their sports bistreaux concept across the whole country.

As to what makes Walk-On’s unique, a spokesperson for Walk-On’s Sports Bistreaux explains, “Walk-On’s is a place where over-the-top enthusiasm and culture is the daily norm. What sets us apart from all others though, is our authentic, mouthwatering Louisiana cuisine prepared fresh in a from-scratch kitchen. That includes seafood, traditional Cajun cuisine and burgers built for two hands. Like Louisiana, food is truly Walk-On’s calling card and the reason you’ll keep coming back for more.”

And in 2017, that uniqueness was recognized when they were chosen as winner for National Restaurant News’ Menu Masters Awards. This particular award confirmed that indeed their concept is unique and distinctive from the other sports bars.

In 2019, as a way to give back to the community, they established the Walk-On’s Game On Foundation, which is a 501(c)(3) non-profit organization with the mission of rebuilding or refurbishing youth sports facilities. Two basketball courts in Baton Rouge were the first to be supported by this non-profit organization.

And in the present year, Entrepreneur magazine gave them the distinction of being the No. 1 brand in Entrepreneur’s 2020 Top New Franchises Ranking. This was a ranking of the top 100 companies that had initiated franchising during the last five years. At the present time, Walk-On’s has over 100 locations across 15 states.

Those who are looking for a local sports bar in Odessa may want to check them out.