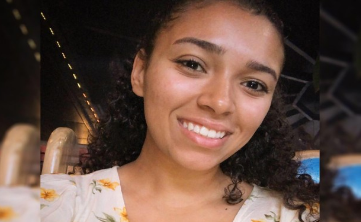 Tuscaloosa, Ala. – Nearly 2 years following the kidnapping and murder of young Aniah Blanchard from an Auburn convenience store by an inmate who was out on bail, Alabama State legislators unanimously passed measures they’re hoping can prevent a tragedy like this from occurring again in the future. Tuscaloosa bail bonding company, Alabama Bail Bonds, is sharing what this bill is and how it will affect residents of their community.

House Bill 130 and 131, also referred to as “Aniah’s law,” is a constitutional amendment that was originally sponsored by Republican State Representative Chip Brown of Mobile. The bill allows for prosecutors and judges the ability to utilize discretion in requesting and denying bail to those who have been accused of committing violent crimes. Since coming to the floor, over 90 state lawmakers have signed on to co-sponsor the bill.

Aniah’s Law was unanimously passed in a 9 to 0 committee vote during the 2021 Alabama Legislative Session. From here, it will move to Governor Kay Ivey’s desk and will then be voted on a statewide ballot for ratification in a referendum election in 2022.

Aniah’s mother, Angela Hailey-Harris told a local news outlet, “My mission now is to save the world that is how I feel. I know I can’t save the world, but I’m gonna try. Aniah’s Law is one of the most amazing things. Our state needs it so bad. It will keep violent offenders from being out on the street out on bond.”

As advocates for safe and fair bail bonding rights and practices, Alabama Bail Bonds strives to be an integral resource for their community and works closely with their local legislation to protect these interests. To learn more about Alabama Bail Bonds, or to obtain their bail bond services, visit their website at www.alabailbonds.com or give them a call at (205) 339-7109.