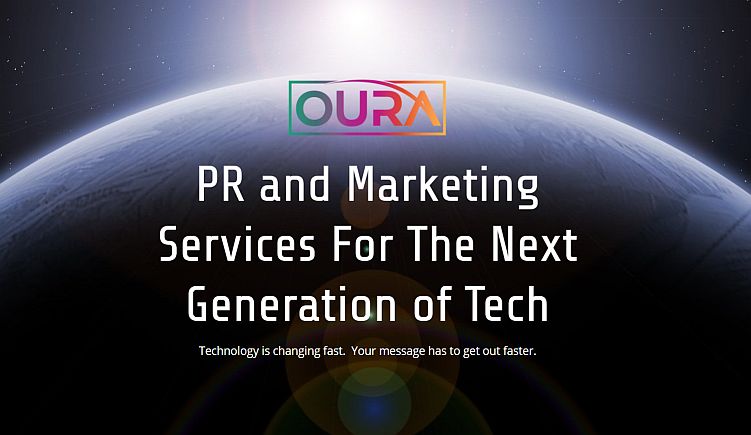 Oura Collective, a leading technology PR and marketing company, has rebranded to commemorate its expansion through strategic acquisitions into new areas of technology marketing and innovation. As a leader in tech public relations and earned media for over a decade, the company’s public relations and marketing team has worked with more than 200 companies and apps in the tech industry to deliver top earned media placements as well as strategic partnerships and investment opportunities. Oura has now officially announced its expansion into additional marketing services including SEO optimized content.

Founder Keith Herman, a venture capital veteran with over 50 exits and $500 million raised, developed Oura’s PR and marketing services to act as an extension of their clients’ team. The goal is to create and execute results-driven campaigns designed to elevate business profiles, attract investment, establish credibility and increase brand awareness.

“It’s about more than just PR,” Herman said. “A lot of PR firms just want to get you placed in an article. For us it’s about much more than that. I’m not a PR agent, I’m a businessman and investor. So, when I think about public relations and earned media, I think about how it can help create a return on investment for the client. That means part of the strategy has to be increasing revenue and investments for the companies that work with us. Most PR firms and individual agents don’t have the experience to create those larger strategies, so that's a major competitive advantage for us.”

Oura Collective is strictly a top technology PR and marketing firm focused on cutting edge transformational technologies. Areas of expertise include VR/AR, mobile apps, healthtech, biotech, cryptocurrency, ad tech, fintech, big data, cyber security, gaming, e-sports, entertainment technology, and consumer electronics. It has now revealed that it has expanded into cutting edge transformational technologies like artificial intelligence (AI), medtech, and blockchain, which it believes will have the biggest impact on the future of the economy.

“Innovative tech is all we do,” Herman said. “Getting press in technology publications is different from every other industry, because technology changes faster in a year than most industries change in a decade. That’s why we created a PR system that works for any tech company. Most PR firms will simply assign an intern or low level agent to a project. We assign an entire team that is trained to follow our proven formula so we can not only get our clients the best tech press and media attention, but also help them build the best network to create additional investment opportunities in their company.”

To ensure that the client’s story has more impact, Oura Collective makes sure that the right people will tell the story. They make use of a targeted and research-based strategy that enables them to come up with impactful and thoughtful campaigns. The goal is to effectively communicate the brand’s value proposition and this is key to influencing the client’s target audience.

As such, Oura Collective focuses on relationships. The extensive experience of the company’s team members has enabled them to cultivate relationships with influential members of the media, from traditional media, such as print and broadcast, to digital media, including blogs and social media, they are familiar with the decision-makers who can make sure that the client’s message is heard.

The company’s executive thought-leadership program presents clients as leaders and experts in their field by having them comment on top-trending news in their particular industries. They also work proactively to position clients in much bigger stories by having them comment on breaking industry news that strategically positions them as authorities in their field. They will also supplement campaigns with strategic speaking and awards programs, which can help in building the client’s credibility as an industry leader.

For more information about Oura, contact the company here: