Costa Mesa, CA – Biden administration officials are supporting harm-reduction programs for drug users that once were unthinkable to many, including needle-exchange programs and at-home fentanyl testing. The federal government’s strategy is proposed in an $11.2 billion funding request that includes greater access to drug treatment.

Resurgence Behavioral Health, a nationwide group of treatment programs for substance abuse and related mental health disorders, called this new approach “enlightened” and urges its acceptance on an even greater scale. 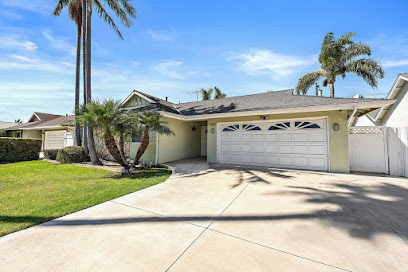 Federal health officials say their new position is necessary because of the enormous increase in drug overdose deaths and the other dangers tied to substance abuse. According to the U.S. Centers for Disease Control and Prevention, more than 100,000 people died of drug overdoses in 2020, a staggering increase from the previous year.

Many of the overdoses involved fentanyl, a powerful synthetic opioid that drug dealers often added to street drugs without users’ knowledge, to lower their cost while increasing their potency. The U.S. Drug Enforcement Agency recently announced it has seized more than 9.5 million fentanyl-laced fake prescription pills so far this year, more than the last two years combined – and two of every five fake pills with fentanyl contain a potentially lethal dose of the drug.

As a result of the fentanyl problem, federal health programs will provide test strips to check for the drug. They also support needle-exchange programs to reduce the spread of bloodborne diseases when someone shares a needle used by an infected person.

The federal government is less supportive of a controversial strategy to create sanctioned locations where users can safely consume illegal drugs. Consumption sites provide supervision to minimize the risk of overdose and protect users from street violence; they have been proposed by community drug programs in cities that include New York City and Philadelphia.

Federal officials say they have no position on consumption sites, which have met strong opposition from potential neighbors and even the U.S. Department of Justice. Opponents argue that they amount to open endorsement of illegal drug use and only prolong addiction rather than trying to eliminate it.

Needle exchanges and fentanyl testing have received similar pushback in the past – and continue to meet resistance. But as overdoses increase and substance abuse afflicts more and more Americans, attitudes are softening. Federal officials are now embracing some strategies as part of a shift in treating addiction like a disease rather than a crime and offering addicts care and support rather than punishment.

Health experts welcome this change, especially as substance abuse and overdose deaths increase. More Americans are using drugs during the COVID-19 pandemic, the Substance Abuse and Mental Health Services Administration reported in its 2020 National Survey on Drug Use and Health. More than 9 million Americans misused painkillers in 2020, despite the DEA’s urgent warnings about fentanyl contamination.

Resurgence Behavioral Health provides comprehensive addiction treatment programs including medically assisted detox, inpatient and outpatient rehab, sober living, and extended follow-up. Evidence-based therapies are designed as a continuum of care to meet the unique needs of each individual client. Programs help clients discover the root causes of their addictions and develop strategies for healthy living without chemical assistance. They include dual diagnosis treatment, in which addiction and mental health disorders are treated in tandem.

Anyone searching for addiction treatment for themselves or a loved one may begin the process of recovery by visiting Resurgence Behavioral Health online or calling 855-458-0050.